Suspended since May 31, Olympique de Marseille obtained the green light from the DNCG on Thursday. The phocen club can finally launch its summer transfer window. And several files are already in progress. 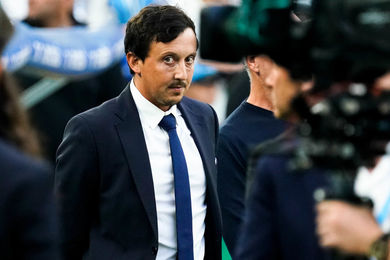 Longoria can move forward in the OM transfer window

Russian audition for Olympique de Marseille. Thursday evening, the vice-champion of France validated his second passage before the National Directorate of Management Control (DNCG). While the specter of a payroll control or a ban on recruitment hung over Marseille, OM finally had a free hand to start recruiting.

One of Marseille’s first summer recruits could be called Riechedly Bazoer (25). While Bild claimed this week that the central defender, who can also play in the middle, was going to join Borussia Mnchengladbach, La Provence assures us this Friday that OM are not at all out of the race in this case. On the contrary, the Marseille club have even already reached an agreement with the Dutchman, who has been free since the end of his contract at Vitesse Arnhem.

Discussions for Kluivert and Nuno Tavares

Still in the defensive sector, Marseille has relaunched Nuno Tavares (22 years old). Already interested in the Portuguese left-back last summer, before he left Benfica to sign Arsenal, the Marseille club made a loan offer with an option to buy. Destined to play the role of understudy for Kieran Tierney at the Emirates Stadium, the Portuguese could be interested in the prospect of playing in the Champions League. He would be an interesting recruit to lead a left side that lacked punch last season.

To accompany Tavares in the left lane, OM seem ready to bet on Justin Kluivert (23 years old). From Italian sources, the Phoenicians are talking with AS Rome and the agent of the Dutch winger, who is coming off a rather convincing loan from Nice despite a lack of regularity to erase. One year from the end of his contract, the Dutchman will not be retained by Roma and could be sold for less than 15 million euros. On the wings, the president Pablo Longoria also ticked the names of Manuel Benson (Royal Antwerp) and Bryan Gil (Tottenham) in particular.

So much for the hot issues of the last few hours. The Marseille management should also move forward on other avenues, in midfield in particular. In this sector, the semi-finalist of the last Europa League Conference thought to hold Axel Witsel, at the end of his contract with Dortmund, but the Belgian is finally expected at Atletico Madrid. Francis Coquelin (Villarreal), Jordan Veretout (Roma) and Danilo (Palmeiras) are among the other leads studied in this post.

For the rest, OM are still waiting for the response from central defender Isaak Tour (Le Havre), who flatters Manchester City and Lyon. In the right-back position, the recruitment unit assessed the profile of Kevin Mbabu (Wolfsburg), without any offer having been sent. The profiles of strikers Luis Muriel (Atalanta), Joaquin Correa (Inter) and Jovane Cabral (Sporting) are also appreciated. On the other hand, defender Clément Lenglet (Barcelona) as well as midfielders Miralem Pjanic (Barcelona) and Seko Fofana (Lens) seem financially out of reach. Because Marseille is aiming for a transfer window ambitious but without overbidding , warned an internal source of the RMC club. There is no doubt that President Longoria, who likes to place his pawns on several files in parallel, still has other ambitious ideas in mind.

What do you think of OM’s targets? Do not hesitate to react and discuss in the area add a comment …