Discover the detailed summary of Here it all begins in advance season 2 with episode 431 broadcast on Tuesday June 28, 2022 on TF1. Salomé and Enzo the fight continues for the exams and Teyssier gets involved. Deva has never had sex with a boy. Louis will coach the students at the Gaissacs.

The complete recap of the ITC soap opera of the episode of 06/28/2022 with spoilers #HereEverythingBegins in preview, everything you need to know.

Find the full summary ofHere it all starts episode 431 broadcast on TF1 on Tuesday June 28, 2022 (see the summaries in advance of Here it all begins ): the recap of the previous episode Here everything starts from 06/27/2022 is online.

Salomé, Anaïs and Enzo are super motivated for the 3rd year event… everyone wants to accompany Emmanuel Teyssier. Charlene is furious.

Souleymane brings early morning croissants to Deva in her room; they kiss in her room. When he pulls up her dress and caresses her leg, Deva gets angry…she says he didn’t do anything wrong and she rushes off to work.
Souleymane offers Deva to go to the apartment because Rose and Antoine aren’t there…but she tells him she has to revise. 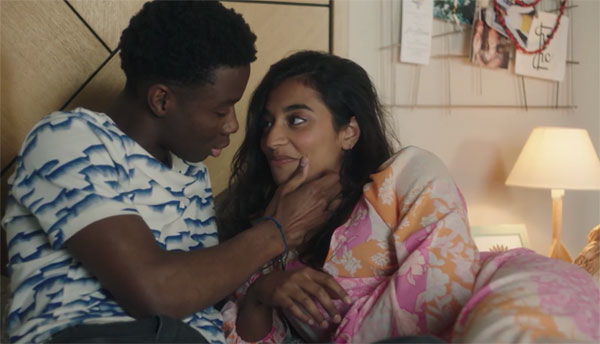 Deva and Souleymane take time in their relationship

Antoine summons Lisandro, Clotilde and Louis to announce that the 1st years are going to retake a test. On the menu, a complex test for students. We will have to convince Teyssier to taste the dishes. Louis tells them they can count on him…but only to witness the massacre. 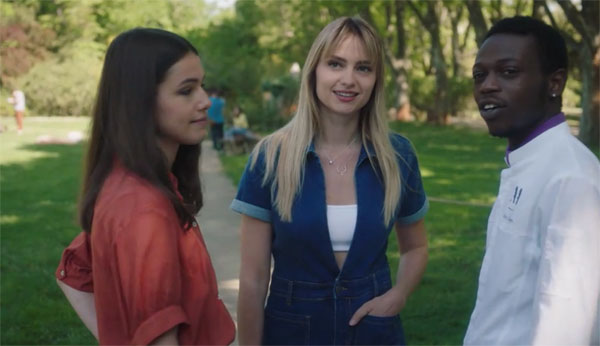 Who will be valedictorian? Salome or Enzo?

Enzo can’t wait for the exams, he confides to Mehdi that he worked like crazy…he can’t wait to see what it’s going to be like. Mehdi tastes his dessert, he over-validates…it’s unctuous and ethereal. Mehdi no longer recognizes Enzo, he is hyper-focused…he congratulates him on trying hard. Mehdi thinks he can be valedictorian.

Deva and Jasmine ask for the help of a teacher to help them during the 3 days they stay before the exam. Clotilde offers Louis to coach them. They are going to go to the Gaissacs so that Teyssier doesn’t notice anything. Amber decides to start revising just like Tom. 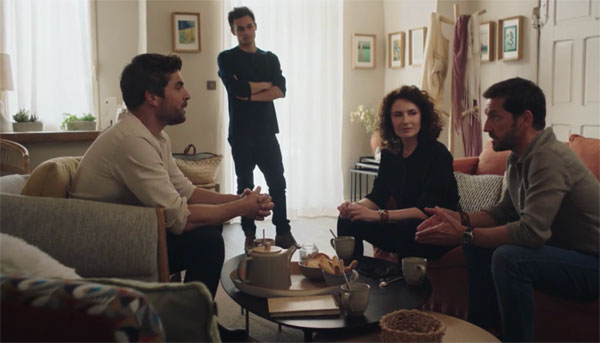 Teyssier tells Salomé that she must give everything to be the one who accompanies her to the pastry championship. He asks her not to disappoint her.

Souleymane wonders about Deva, he talks about it to Jasmine. He wonders if Deva isn’t attracted to him or just that she’s uncomfortable when it gets intimate between them.
Deva later confides in Souleymane that she has never slept with a boy…she doesn’t know what to do. Deva decides to speak to Souleymane…she explains that she is not ready to go any further. Souleymane reassures her, he tells her that there is zero pressure.

Laetitia found a way to send Teyssier to Arles to give a conference.

Here everything starts in advance episode 431 of June 28, 2022: Gaetan creates the surprise 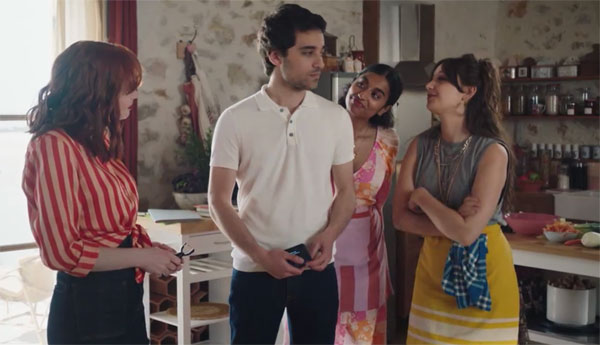 Review at the Gaissacs with Deva, Tom, Jasmine and Ambre

Gaetan will be part of the jury just like the teachers. The 3rd years must create a dessert sports nutrition and high gastronomy. At the tasting, Enzo and Salomé seem to stand out…the notes will drop tomorrow. Charlène and Anaïs seem to have disappointed Teyssier.

The teachers get together: 15 for Salomé, 18 for Enzo… Teyssier is disgusted, he doesn’t want to have Enzo as valedictorian. He decides to give 17 to Salomé and 17 to Enzo…he thinks that Salomé is the best class student, period.

The highlights Here it all starts from June 28, 2022: what to remember 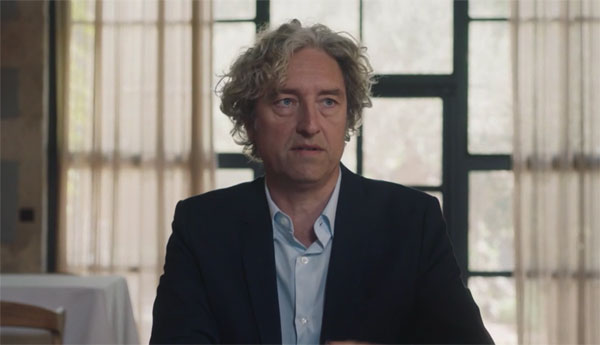 Will Teyssier have Salomé by his side?

To be continued the summary Here it all begins episode 432 Wednesday, June 29, 2022 with the actor Benjamin Baroch who plays Chef Teyssier..

Comment the episodes on the Here It All Begins forum every day and find the complete list of ITC actors from the Serie.