It’s been a little over a year now that OLED equips laptops. Asus was one of the first to integrate this screen technology into its machines and the Vivobook S15 is no exception. A high-performance laptop that also benefits from a promotion at Rue du Commerce.

Asus had already equipped its ZenBook 13 range with OLED screens. It was logical that the manufacturer continues in this momentum with its other devices. It is therefore the turn of the VivoBook S15, released at the end of last year and therefore benefits from OLED technology, which is widely used on our smartphones and televisions.

This choice allows this well-balanced laptop to gain in versatility as well as performance. Better, thanks to Rue du Commerce, the VivoBook S15 OLED benefits from an immediate discount of 200 euros which brings its price down to just 599 euros. It is even possible to further reduce the price since Rue du Commerce reimburses you between 100 and 1,000 euros for the trade-in of your old laptop.

A computer that can also arrive quickly at your home thanks to the Rue du Commerce express delivery service. Thus, for an order placed before 3 p.m., you are delivered the next morning between 8 a.m. and 1 p.m. via Chronopost.

The strength of OLED

The main argument of the Asus VivoBook S15 is its 15-inch OLED screen with FHD definition (1920 x 1080 pixels). A technology that is interesting both for creators and for classic office use. The Asus OLED panel displays 100% of the colors of the DCI-P3 space and 133% of the colors of the sRGB space.

Concretely, the colors displayed are richer and more vivid. Especially since this panel is Pantone certified, which ensures highly accurate colors. 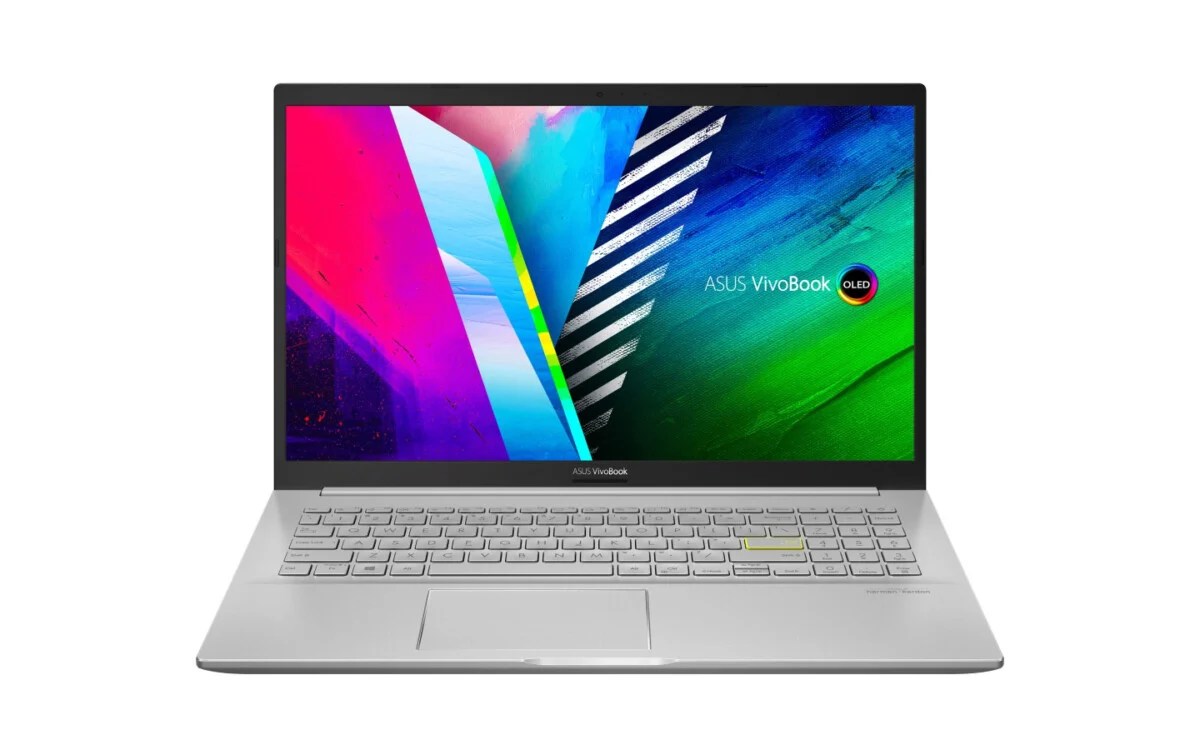 Image professionals will thus be able to work with excellent colorimetry, while individuals will be able to watch streaming content in the best possible conditions, in particular thanks to the infinite contrast of OLED.

Finally, the VivoBook S15 emits 70% less blue light radiation than a conventional LCD panel. TÜV Rheinland and SGS certified, the screen of this laptop will not affect the quality of your sleep as much as an older computer.

What about the afterimage? Asus has managed to counter this undesirable effect caused by the long display of images with high contrast with a screen saver. Thus, after 30 min of inactivity, a sequence is launched to ensure that all pixels light up and darken with the same intensity.

A computer that has more than one trick up its sleeve

Of course, the OLED is not the only interest of the VivoBook S15. This one can count on a well-thought-out technical sheet and a superb design.
It is based on a very sober aesthetic with a gray shell without frills or excessive edges. Small madness if any: its “enter” key is circled in yellow. It is a thin laptop, with a thickness of 18 mm, and light with a weight of 1.8 kg. It fits easily into a backpack. 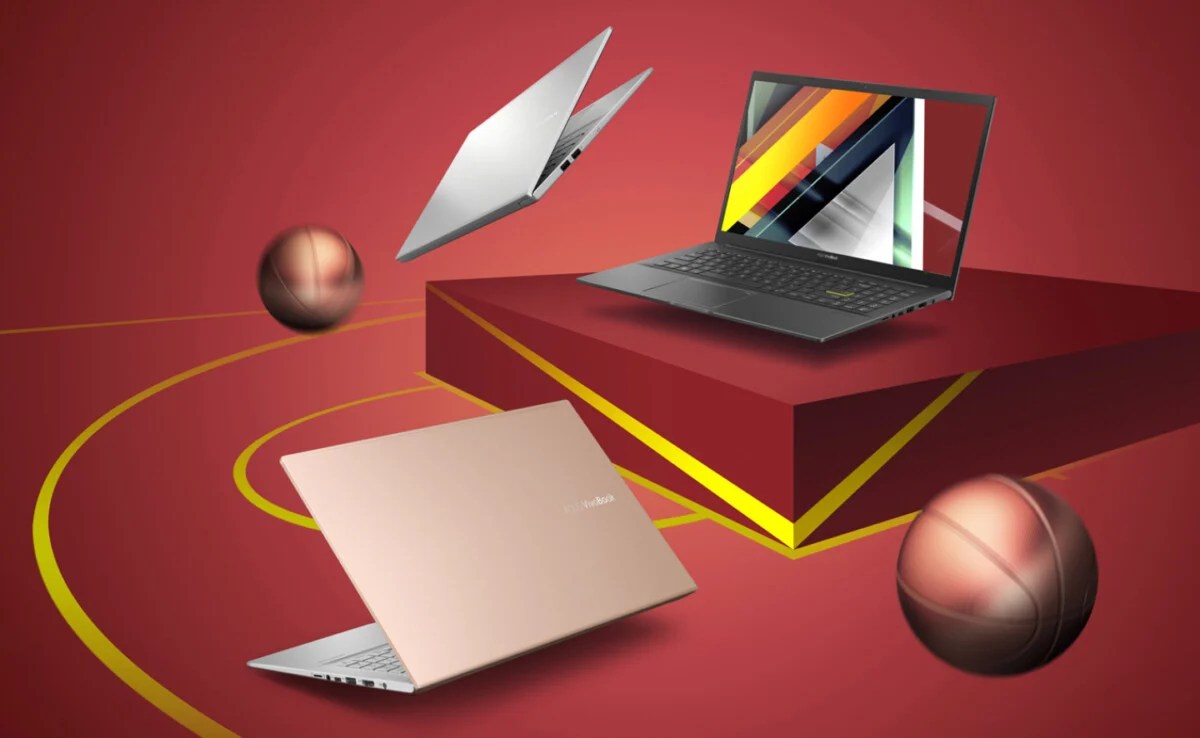 At the component level, the VivoBook S15 draws its power from the excellent AMD Ryzen 5 5500U laptop processor. It is one of the best performing processors in this price range. It is supported by 8 GB of RAM and a generous 512 GB SSD, which is rather rare for a PC sold below 600 euros. If this Vivobook S15 is clearly not cut out for video games, it is powerful enough to handle classic office tasks as well as the greediness of professional applications like Adobe Photoshop or Blender.

Its 42 Wh battery gives it a day’s autonomy, enough to save you the hassle of a charger when traveling by train. In terms of connectivity, there is an HDMI port and 4 USB ports: 1 type-C, 1 USB-A 3.2 and 2 USB-A 2.0. A MicroSD card reader is also included.

Rue du Commerce is taking advantage of the summer sales to lower the price of the Asus VivoBook S15 OLED. And the reseller does things well since he applies 200 euros of immediate discount, which brings down the final invoice to 599 euros. Better, if you resell your old computer, Rue du Commerce reimburses you between 100 and 1,000 euros, depending on the condition of the device. 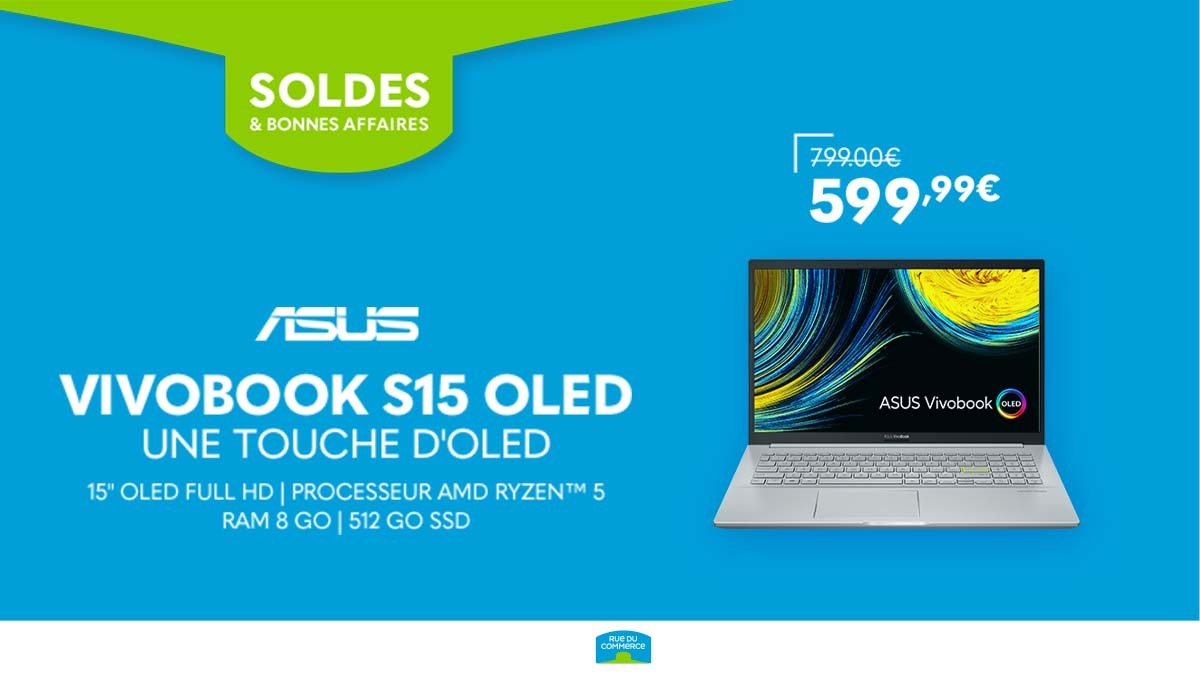