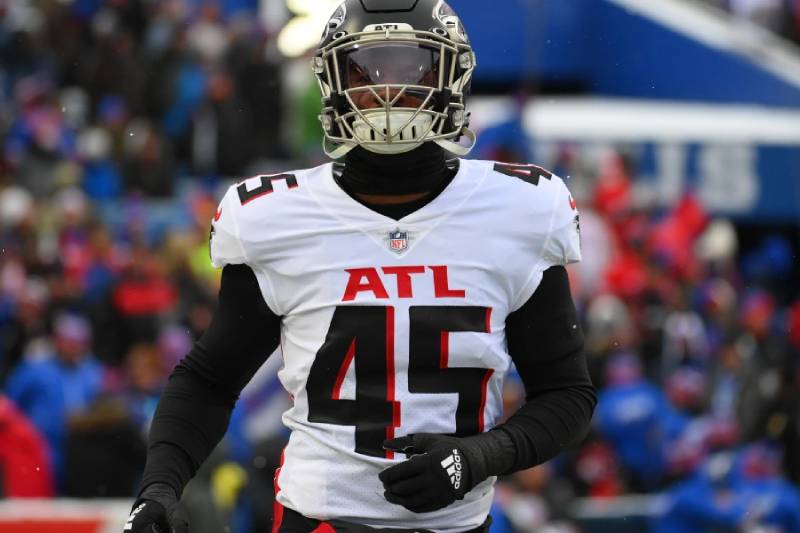 [podcast] Which NFL franchise is the most legendary?

Deion Jones arrives at the Browns

Currently on the injured list, Deion Jones (LB) moved. NFL Media announces that the Falcons sent him to Cleveland in exchange for late draft picks.

Jones had 137 tackles, 2 sacks and 6 passes defended in 2021. The Browns need help at linebacker after Anthony Walker was injured.

– Hecatomb for the 49ers. Emmanuel Moseley (BC) left Sunday’s game with a knee injury. According to ESPN, the Niners fear a torn anterior cruciate ligament, which would spell the end of the season. Nick Bosa (DE) did not finish the match because of a little too tense adductors. Finally, Jimmie Ward (S) broke his left hand. Robbie Gould (K) didn’t finish either, due to knee pain, but it would only be a knock.

– It does not smell good for the rest of the season of Rashaad Penny (RB, Seahawks). Pete Carroll has announced that his runner is suffering from a “serious” left ankle injury. Further examinations are planned. NFL Media is talking about a broken tibia.

– Marcus Williams (S, Ravens) suffers from a dislocated wrist and will be out for a “significant” period, John Harbaugh announced.

– Baker Mayfield (QB, Panthers) took a player on the ankle in the first half on Sunday. He continued the match, before giving up his place to PJ Walker at the end of the game. Mayfield wore a protective boot as he exited the locker room, according to ESPN.

– Tyreek Hill (WR, Dolphins) reportedly left the stadium with a protective boot on Sunday, according to Pro Football Talk. The injury would not be serious. Mike McDaniel explained to the press that his player would have been stepped on.

– Moment of concern at Gillette Stadium when Saivion Smith (S, Lions) remained on the ground before being taken directly to hospital by ambulance with a family member by his side. He is hit in the neck. Dan Campbell assured that his player had all his motor faculties.

– It is the first time since 1970 that all teams have at least one victory after five weeks of competition.

Tyreek Hill had upset the Jets

During the off-season, Tyreek Hill (WR, Dolphins) amusedly hinted that he would never have imagined playing for the Jets. Words that have served as motivation for some New Yorkers.

“We played with a little extra motivation,” John Franklin-Meyers told ESPN. “I think it upset everyone…It over-motivated me. There aren’t a lot of things that set me on fire and I don’t care what people say, but it was disrespectful, and I don’t like it. You don’t have to do that, whoever you are. »