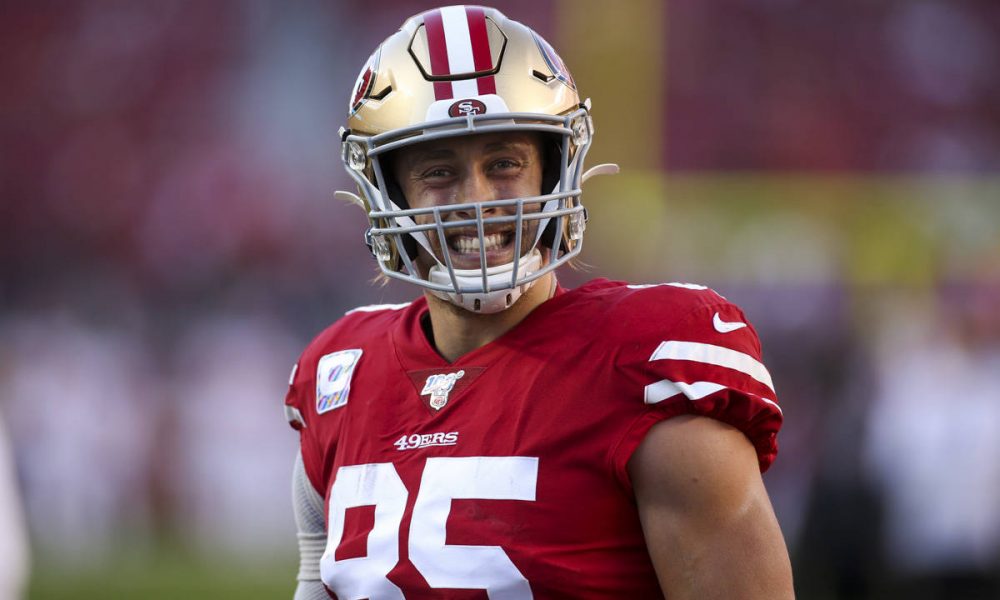 – Jamal Adams out for the rest of the season

Chargers: nothing serious for Justin Herbert

Affected in the abdominals on a big shock Thursday evening, Justin Herbert (QB, Chargers) only missed one action before ending the meeting. After the match, Brandon Staley assured the press that his player is fine, although he could be injured in the ribs in addition to the abdominals. Busy passing x-rays, Herbert did not speak to reporters.

TJ Watt placed on disabled list, but will return

As we feared the worst for the Steelers defensive star, Mike Tomlin announced that TJ Watt (OLB, Steelers) is on the injured list. He will miss at least 4 games, but his return is now expected in around 6 weeks.

After his performance on Sunday in Week 1 against the Jacksonville Jaguars where he scored 2 touchdowns, the Commanders receiver Jahan Dotson was officially named NFL Rookie of the Week.

The NFL and the Bundesliga are getting closer

As the NFL will play its first game in Germany in November, the league and the Bundesliga announced on Thursday that they will work together to help each other grow their impact in each other’s market.

“Wilson was welcomed as an adversary” according to Bobby Wagner

After 10 season in Seattle, Russell Wilson made his return in Week 1 at Lumen Field with the Denver Broncos. However, the reception reserved was not the most tender since it was whistled by a good part of the public. His former teammate Bobby Wagner (LB, Rams) saw the match and gave his feelings at a press conference on Wednesday.

“I think the fans saw him as an opponent. They understand that he did great things there, but then they moved on. He was greeted like any opposing quarterback coming to the stadium. That’s how I perceived it. »

Bobby Wagner will return to Seattle in the final week of the regular season and may have a better reception than the star Broncos quarterback.

– The Texans have restructured the contract of Desmond King (CB). They’re converting his $900,000 salary into a signing bonus, creating $450,000 of cap space for 2022. He’s in the final year of his rookie contract.

– George Kittle (TE, 49ers) missed practice all week despite Kyle Shanahan’s optimism that he would participate in one of the week’s practices. He is very uncertain for the game against the Seahawks.

– D’Andre Swift (RB, Lions) missed practice on Wednesday and Thursday with an ankle injury. However, he is “not worried at all” about his participation in Sunday’s game against the Commanders. As for Taylor Decker (OT, Lions), he trained on Thursday, he was suffering from a calf injury. (Detroit Free Press)

– Bills defensive tackles Ed Oliver and Tim Settle did not practice on Wednesday. Both were shot in the ankle against the Rams in the season opener. (official)

– JJ Watt (DE, Cardinals) trained for the first time of the season on Thursday. He is coming back from a calf injury. On the other hand, Rondale Moore (WR), Jalen Thompson (S) and Andy Isabella (WR) did not participate. (official)

– McJones (QB, Patriots), sick, did not train on Thursday. (official)

– David Bakhtiari (OT, Packers) did not practice Thursday due to a knee injury. According to Matt LaFleur, he won’t be training 3 days in a row a week. For Allen Lazard (WR, ankle), it’s still uncertainty, with limited training on Thursday. (USAToday)

– Taylor Moton (OT, Panthers) was restricted to training this week as Christian McCaffrey (RB, Panthers) trained normally on Thursday after being rested the day before. (official)

– Kayvon Thibodeaux (EDGE, Giants) said he was confident to be on the field Sunday at home against the Panthers. He is recovering from a knee injury. Kadarius Toney (WR, Giants) was limited to training on Thursday due to a hamstring injury. (ESPN)

– Christian Wilkins (DT, Dolphins) was limited to practice on Wednesday due to a back injury. Same thing for Terron Armstead (OT, Dolphins)hit in the foot in week 1. (official)

– Michael Pittman (WR, Colts) did not practice Thursday due to a quadriceps injury. (official)

– Alvin Kamara (RB, Saints) did not practice Thursday due to a rib injury. James Winston (QB, Saints) was limited due to a back injury. (official)

– Mike Evans (WR, Buccaneers) did not participate in Thursday’s practice due to a calf injury. (official)

– Jordan Whitehead (S, Jets) was restricted to practice on Thursday after missing practice the day before. He is recovering from an ankle injury. (official)

– On the way back from a torn cruciate ligament, Marcus Peters (CB, Ravens) trained normally on Thursday. He could therefore make his debut this season, Sunday against the Dolphins.

They are on the injured list and will miss at least 4 games: Tommy Kraemer (OL, Lions)

– While the NFL will be implemented in Germany from 2022, the NFL announces an agreement with the Bundesliga, the German football (soccer) championship. The purpose of this agreement is to collaborate frequently on several topics such as broadcasting, digital innovation and marketing.

– Shaun Alexander, Seahawk’s only regular-season MVP in the NFL, will return to the Seahawks’ Ring of Honor on October 16 for Seattle’s game against the Cardinals.

Cam Akers responds to his coach

Sean McVay (HC, Rams) said that Cam Akers (RB, Rams) had to be more insistent in his play after the lost game to the Bills in Week 1 where he made 3 carries for no yard gained. Cam Akers told ESPN that his coach was referring to practices, not last Thursday’s game.

“If the coach thinks I’m not trying hard enough, then I have to try harder. I listen to the coach’s advice, I have to learn from it and go from there. Sometimes I ”

In the meantime, he is relegated as the number 2 running back behind Darnell Henderson. And given his production last week, he had better show himself this fake weekend to the Cardinals at the risk of being dismissed by his coach.