A great NFL fan, Martin Dalpé wants to transform his passion into a retirement project in the next few years. If he already has twenty stages on his clock, the man in his fifties now wants to buy a small motorized vehicle and leave for a whole autumn.

“I would like to attend 20 NFL games in 20 weeks during my first five or six months of retirement. It’s a way of traveling, basically, because we don’t just see stadiums, we discover cities, national parks, ”he explains.

On his bucket list was originally a goal that would make any football fan drool: to see a game in each of the 32 NFL stadiums. 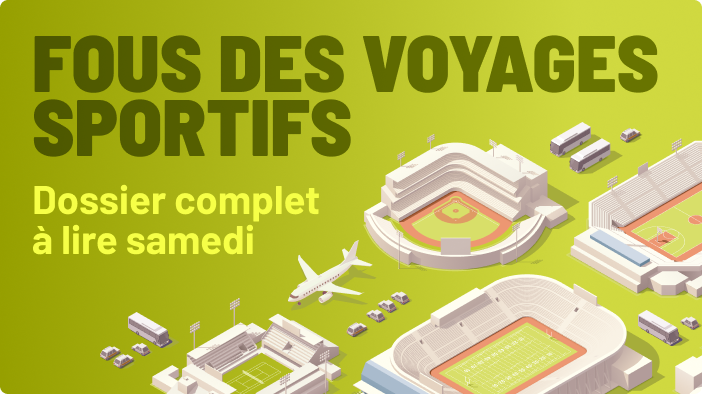 But at the rate at which he has been traveling for a few years, whether with his daughters Frédérique and Valérie, or with friends, he risks having time to do them twice, he admits, laughing.

“So I changed my bucket list a bit,” adds Mr. Dalpé. I would like to make an itinerary that would allow me to attend one match per week. A tour of North America. »

Martin Dalpé, surrounded by his daughters Valérie and Frédérique, at the Mercedes-Benz Superdome, the Saints’ stadium in New Orleans, last November.

Retirement not being planned immediately, Martin Dalpé still has time, between now and then, to extend the list of stadiums he has visited. Among his next destinations is AT&T Stadium, home of the Dallas Cowboys, in Arlington.

“We got there,” he points out. We started with the northeast of the United States, then with the teams that interested us the most, and since then, we have accumulated destinations. »

And who knows? This route, which is still in the draft stage, will perhaps culminate in a Super Bowl game. Because this objective is on all the famous bucket lists of Mr. Dalpé.

“I can’t die without having attended a Super Bowl! he says. The day I’m going to do it – it’s still a few thousand dollars – I’m going to do the whole week, including the team press conferences…”