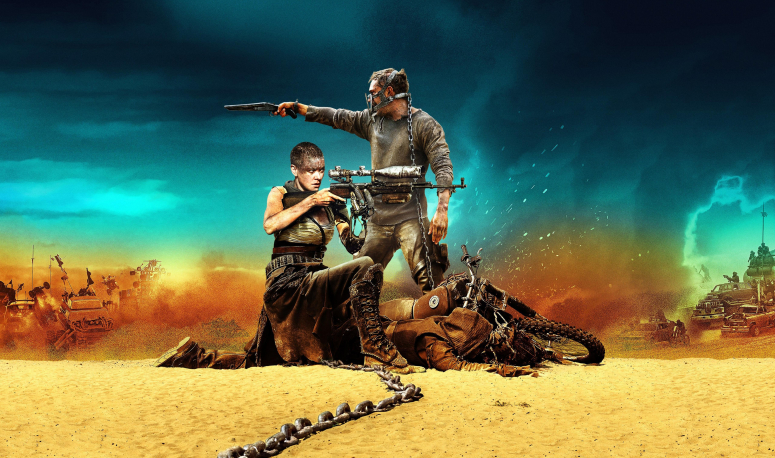 The Hollywood landscape has, for decades, been dotted with iconic figures of cinema, focused on such an idealized period: the 80s/90s. Among these characters, sometimes heroes, sometimes villains, that of Max is an isolated case, whose balance between good and evil is difficult to measure, as the universe in which he evolves is totally devoid of moral values.

The famous trilogy featuring him, madmaxproduced by george millerwas an opportunity to discover a post-apocalyptic future with a high content of leather suits, where water and oil had become extremely coveted commodities, capable of provoking wars and conflicts. Mel Gibsonin the shoes of a former policeman driving his interceptorthus became the avatar of ruthless justice, criss-crossing the arid plains of a dying world.

After a satisfying Thunderdome, Tina Turner was putting away her blond wig and Max was heading back towards the setting sun, in search of adventure…

And here we are again, thirty years later, with the arrival of a new chapter in the life of Max, still as tortured, now embodied by Tom Hardy. The world, still in the grip of destructive chaos, is the scene of hateful clashes to recover the few remaining resources.

Among the last bastions of the human race, the Citadel ofImmortan Joe appears as a dictatorial refuge, with absolute control over all resources, whether human or material. The few women capable of procreating are kept under seal, breast milk is pumped directly from their breasts in an industrial way, and in the face of all this, no hope can be glimpsed.

However, among the dunes, it is said that a interceptor rumbles, and behind the wheel is a man who has lost everything he loved. Chained to the ghosts of his past, determined to defeat anyone who stands in his way, Max is back.

From its opening sequence, the director bets on one thing: frenetic and uninterrupted action, rarely interspersed with a few light dialogues, but enough little, so that the tension, like an engine pushed to its limits, can never cool. Accompanied by the incredible soundtrack of Junkie XL, Mad Max Fury Road takes us on a symphony of crushed steel, burnt tires, and furrowed deserts.

The rare moments of respite are an opportunity to contemplate the vast hostile plains covered sometimes in acrid orange, sometimes in an icy midnight blue. Careful photography gives this place of perdition an indelible visual aura, whether it is when we tread the dunes aboard rusty engines of war or when we glimpse the limits of the Salt Desert.

However, the strength of the film, beyond relying on brilliantly choreographed action, also lies in its characters, incarnations of their destructive environment, sometimes victims of a ruthless system, as with the women serving as layers, sometimes eager warriors to survive at all costs.

If Max speaks very little, the opposition between his rage to live and his desire to flee a painful past is seen through his feverish dreams – rarely by what he says. When we see Furiosa and her mechanical arm, it is also and above all in her smoky gaze that we understand the pain of a woman torn by force from her old life, eaten away by the need for redemption. And of course, it’s by looking at the ecstatic faces of the faithful ofImmortan Joeready to die for him in order to find him in a chrome Valhalla, that we see the devastation that a false prophet can do.

It is above all through images that Miller develops his characters and his universe, as well as its rules, and the meaning of this adventure. Through a thrilling road movie, the Australian director offers a vibrant love letter to action cinema, while reviving a franchise he designed himself.

For another disturbing SF story about exploiting resources, we also have something on Wolf Moon, by Ian McDonald!