The year 2023 will certainly be a rich year for the world of series, with fiction on the return that fans are eager to find. And novelties announced for months, even years, that they can’t wait to discover. Beware of spoilers!

Almost two years after an exciting first chapter, “Your Honor” will return to the American channel Showtime on January 13, 2023 (and in France on Canal+ at a later date) with a highly anticipated season 2. Viewers will reunite with Bryan Cranston as the now former judge, Michael Desiato, whose life was turned upside down after the death of his son.

The actress Rosie Perez will appear in the casting of this second chapter in the skin of Olivia Delmont, an assistant prosecutor who intends to use the guilt of Michael Desiato to try to bring down the crime empire built by the mobster Jimmy Baxter in New Orleans. Bryan Cranston has already warned that season 2 will be the last.

The wait is unbearable. Scheduled to launch on HBO Max on January 15 (and in France on OCS), “The Last of Us” is the 9-episode adaptation of the eponymous video game helmed by Craig Mazin (Chernobyl) and video game creator Neil Druckman. The story is set in a post-apocalyptic world, after a virus spiraling out of control ravaged the world’s population on September 26, 2003 (instead of 2013 in the console version, editor’s note).

Twenty years later, the survivors are trying to hold on in a world populated by infected people, but also by more or less organized and ill-intentioned groups. In a military zone in the city of Boston, Joel, a 50-year-old man, is responsible for escorting and protecting a teenager named Ellie, who could be the key to saving humanity.

More than two years after season 2, the third chapter of “The Mandalorian” will be available from March 1 on Disney+. Viewers will find the duo formed by Din Djarin, alias Mando, and Grogu, alias baby Yoda, in new adventures that will lead them straight to the planet Mandalore.

The bounty hunter will once again cross paths with Bo-Katan Krzyze, who intends to seize the Darksaber he is in possession of after his confrontation with Moff Gideon. And which is one of the essential attributes of the power of the one, or the one, who aspires to reign over Mandalore.

Expected in the spring, “Secret Invasion” is one of the (very) many new series (Marvel and Star Wars) that will land on Disney+ during the year. This fiction, which will see Samuel L. Jackson reprising the role of Nick Fury, stands out from the others because of the importance that its 6 episodes could have on the rest of the MCU (Marvel Cinematic Universe), and the future of Marvel heroes. .

In the comics, a group of Skrulls, an alien race capable of changing shape at will, manages to infiltrate the Avengers, which does not fail to cause serious problems. The trailer also indicates the return of Talos, played by Ben Mendelsohn (whose last appearance dates back to “Spider-Man: Far from home”), a Skrull ally of Nick Fury.

It is on HBO Max that the series piloted by Alison Schapker will be launched. Adaptation of the novel “The Community of Sisters”, written by Kevin J. Anderson and Brian Herbert, the series is part of the literary sub-cycle “Dune, the origins”. She returns to the genesis of the sorority to which Paul Atreides’ mother belongs, the “Bene Gesserit”. “Dune: The Sisterhood” will take place approximately 10,000 years before the narrative depicted in the 2021 film, and will follow the rise to power of Valya and Tula, the ancestors of House Harkonnen.

The series bringing together Lily-Rose Depp and The Weeknd, who co-signed the screenplay, and piloted by Sam Levinson, the man known for his work on “Euphoria”, will undoubtedly be one of the events of the year 2023. And this will be available on the HBO Max platform (and, according to the latest news, still on OCS in France).

The story follows Jocelyn, a pop star who goes to concerts, music videos, rehearsals, and social events in Los Angeles. Until the day his path crosses that of Tedros. A cocaine-addicted guru who denounces the unhealthy exploitation imposed by the entertainment industry in Hollywood.

Another video game adaptation. This time it’ll be on Amazon Prime Video with an original story (never seen on console) driven by Jonathan Nolan and Lisa Joy, the duo behind ‘Westworld’. For the moment, no precise information on the scenario has been revealed by the streaming platform. We only know that comedian Walton Goggins will play the main role. He will play opposite Kyle MacLachlan and Ella Purnell.

“We decided to tell a story that fits into the world we’ve built, that doesn’t break any of the rules of that universe, that may reference elements from the games, but that isn’t a retelling of these latter. It is a plot that exists in the same world and which, by its uniqueness, makes it possible to enrich it. Also, people who haven’t played the games, and may not know how cool ‘Fallout’ is, can watch the show,” said Todd Howard, director and executive producer at Bethesda Game Studios recently.

The series releases in 2023 on Netflix. pic.twitter.com/vo6nPCPod5

The series adaptation of the sci-fi literary trilogy “The Three-Body Problem” will mark the return to business of “Game of Thrones” showrunners David Bienoff and DB Weiss. Published in France in 2016 (ed. Actes Sud), this work by Chinese writer Liu Cixin follows the story of Ye Wenjie, an astrophysicist taking part in a research program aimed at coming into contact with potential extra-human civilizations. terrestrial.

After seeing her father die at the hands of the Red Guard, guarantor of the Cultural Revolution, and while she finds herself in “re-education”, Ye Wenjie manages to send a message into space containing information about the humans.

The John Wick saga will continue to develop into a television series in 2023 with “The Continental”, which will be accessible in France on Amazon Prime Video.

THE CONTINENTAL series will stream internationally on Amazon Prime.

It is a prequel to John Wick movie, streaming 2023#TheContinental #JohnWick #AmazonPrime pic.twitter.com/snINaSDq0f

Available in three episodes, it will return to the youth of Winston Scott, the character played by Ian McShane in the series of films with Keanu Reeves. Actor Colin Woodell will play the role in this series, which will immerse viewers in an “underworld of 1970s New York, where he battles demons from his past as he tries to take over the iconic hotel. – a hotel that serves as a meeting point for the most dangerous criminals in the world”, specifies the synopsis. Note that Mel Gibson will also be present in the credits.

Another long-awaited series on HBO Max, this time directly related to the film “The Batman” by Matt Reeves. Colin Farrell will take over the role of Oswald Cobblepot, aka the Penguin, for the duration of the 8 episodes that make up season 1. The story will pick up immediately after the events of the film and will follow the journey of this hustler and strategist in the middle of crime. of Gotham. 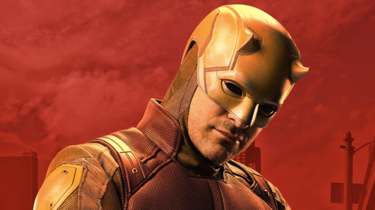 Very little information is circulating on the “Alien” series project, the launch of which could take place at the end of 2023. Or at the beginning of 2024. No precise information on the scenario has been revealed for the moment, if only the story will take place on Earth, in the future, according to showrunner Noah Hawley. According to its revelations to the American site Esquire in January 2022, the series should explore themes almost untapped in films, in particular the development of artificial intelligence, the quest for immortality, and transhumanism.

“In the films, there is the Weyland-Yutani Corporation, which also develops artificial intelligence. But what if there were other societies that tried to explore immortality in another way, with the development of cyborg technologies or transhumanism? Which of these technologies will prevail? It also allows us to ask a central question in works of science fiction: does humanity deserve to survive? As Ellen Ripley’s character says in the second film, ‘I don’t know which species is worse. At least they don’t try to kill each other for a percentage,’” also specified Noah Hawley.