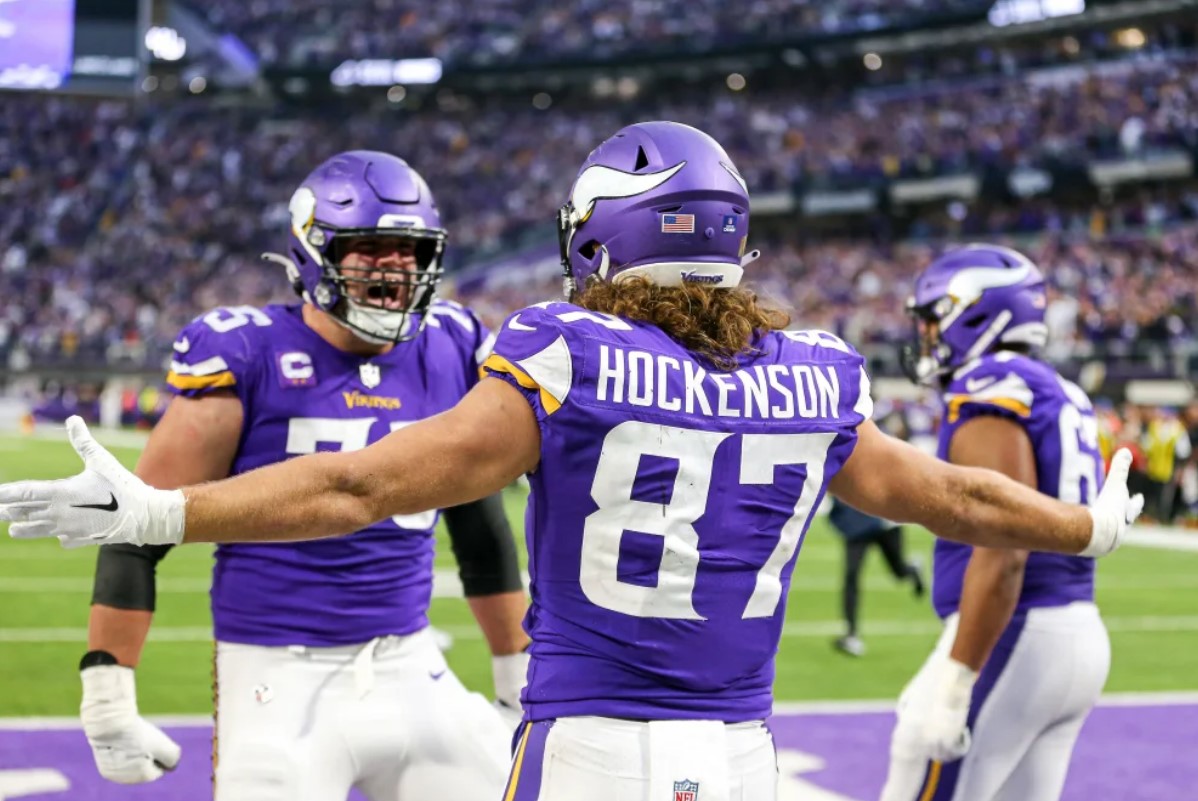 Even the most optimistic Vikings fans couldn’t imagine such a scenario. Even the most pessimistic of the Colts could not envisage it.

But in the NFL, nothing is ever played.

Outclassed in all aspects of the game in the first half, Minnesota recovered from a 33-point deficit to finally win in overtime 39-36. A historic victory since it is the biggest comeback in the history of the NFL, a victory which also offers the Vikings the title of division champion and therefore a ticket for the Playoffs!

Nightmare first half for the Vikings

Is it possible for a team that has won 10 games out of 13 to be martyred by an opponent with a negative balance sheet who has nothing left to play? Proof yes, because that’s exactly what happens during the first half between Minnesota and Indianapolis. After scoring a field goal on their opening drive, the Colts block a punt to return it to the end zone. 10-0 Colts, it starts very badly for the Vikings.

And behind, it will go from bad to worse for them. Dalvin Cook (95 yards on the ground, 95 yards receiving, 1 TD), yet author of a beautiful 40-yard run, commits a fumble and the Colts are not shy to sanction: 36-yard pass from Matt Ryan ( 19/33 passing, 182 YDS, 1 TD) for Jelani Woods, then touchdown reception for runner Deon Jackson (replacing Jonathan Taylor injured early in the game). The gap rises to 17 points.

Already back to the wall, the Vikings are forced to take risks and attempt a fourth attempt on two consecutive drives, all in their own camp. The first one ? It does not succeed, Cook being stopped by the opposing defensive line. The second ? Same result, the fake punt attempted by Minnesota ending on an incomplete pass. This offers two field goals to Indianapolis, now leading 23-0.

Since nothing is going well on the Minnesota side, the referees prevent a Vikings defensive touchdown by whistling a little quickly on an opposing fumble. And on the next drive, Kirk Cousins ​​– under pressure throughout the first half – sent an interception that was returned to the end zone by Julian Blackmon. So that’s… 30-0 for Indianapolis, and even 33-0 after another field goal just before the break.

Defeat already seems assured for the Vikings, but there is one who refuses to accept such humiliation. While star receiver Justin Jefferson is well contained by the Colts defense, KJ Osborn (10 REC, 157 YDS, 1 TD) shines with first a big reception from 63 yards, then a touchdown to finally unlock the counter from Minnesota. This revives the public of the US Bank Stadium a little and gives a start of momentum to the Vikings.

Momentum which becomes more and more powerful as we advance in the second period. While the Minnesota defense finally manages to shake up Matt Ryan and his teammates, the Vikings offense is clearly finding its rhythm. Osborn continues, Jefferson (12 REC, 123 YDS, 1 TD) gains momentum, Cook contributes on the ground as well as in the air, and the locals find the end zone twice in a row. First through CJ Ham, then thanks to Jefferson who brilliantly stands out from Stephon Gilmore. 36-21, hope is allowed.

Hope will then give way to madness. Following a new defensive stop, the Vikings take advantage of a penalty and an Adam Thielen (3 REC, 41 YDS, 1 TD) who comes out of his box to return to only one possession from Indianapolis, the latter finding the end zone in turn (36-28). On the next drive, Colts runner Deon Jackson releases the ball and Minnesota picks it up to score a new touchdown! But as in the first half, the referees cancel it unfairly. The Vikings are furious, especially as they lose the ball on a fourth attempt behind.

Are they doomed after so much effort? Not so fast, because when it comes to concluding it is the Colts who fail on a fourth attempt. And two minutes from the end of the match, the stadium explodes when Dalvin Cook takes advantage of a screen pass from Kirk Cousins ​​to cover 64 yards, and register the touchdown which can allow Minnesota to come back up to the Colts. The two-point conversion is good, 36-36, heading into overtime. Unbelievable.

During the extra period, the two teams exchange the ball without scoring. Eight minutes pass without the score moving. But such a match must have a winner. So Kirk Cousins ​​(34/54, 460 YDS, 4 TD, 2 INT) shows up once again, as so often this season. The Vikings quarterback finds KJ Osborn (15 yards), Adam Thielen (21 yards) and Justin Jefferson (13 yards) in quick succession to give his kicker the opportunity to be the hero. Greg Joseph does not waste the opportunity to be part of history: the field goal is good, 39-36 for Minnesota!