The Lions are not yet dead tonight. 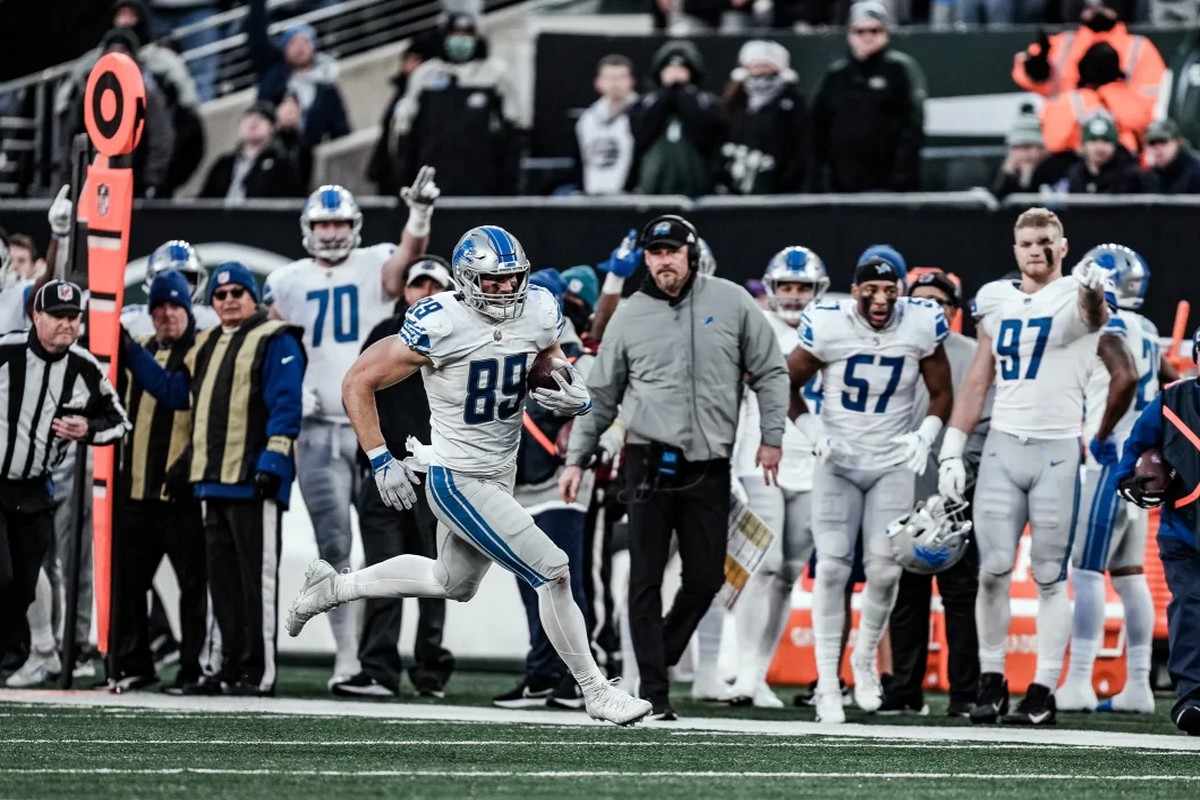 Impressive since the start of the season, Detroit’s attack has long come up against the reputedly solid defense of the locals. Jared Goff (23/38, 252 yards, 1TD) without being under too much pressure, struggled to find his targets but at least did not concede a loss of ball.

Quite the opposite of his evening opponent, whose return, due to the injury of Mike White, was not really a success. Zach Wilson (18/35, 317 yards, 2TDs, 1int) only shone in fits and starts taking advantage in particular of the talent of his namesake Garrett Wilson (4 receptions 98 yards). He was not helped by a porous offensive line, and a non-existent ground game, limited to 2.3 yards per carry.

193 yards for New York, 190 for Detroit, after two quarters neither franchise has managed to break away. The Lions fit better into the game and seem unstoppable until they break their teeth on the 1 opposing yards. Defensively Detroit is also well in place and forces the 3&out. In his own endzone, the Jets punter clears as far as he can. Insufficient since Kalif Raymond (5 receptions, 53 yards) back the ball to queen, 0-7.

The defenses take over and it is necessary to wait for the start of the second quarter to review points. Discreet until then, Zach Wilson finally comes out of his box and consecutively finds Garrett Wilson and Cj Uzomah (2 receptions, 41 yards, 2TDs) for gains of 33 and 40 yards. Both teams score on field goals before half-time and everyone returns to the locker room with a parity score, 10-10.

From the start of the second act, Zach Wilson makes the first mistake of this match and is intercepted. Fortunately for him, his defense is present in the red zone, once again, and the visitors are limited to 3 points. It is also the only event of a third quarter which will have seen the defenses shine and punt them too often on the ground.

This changes when entering the last 15 minutes of the match. Detroit advances enough to try to increase its lead with a field goal attempt from 54 yards. Badgley is too short and gives an advantageous position to the attack of New York. The Wilsons take advantage and Zach finds Garrett for a gain of 33 yards. Possession is once again concluded by Uzomah who scores his second touchdown of the match, 17-13.

The match, very defensive until then, got carried away. On fourth attempt, Goff finds Brock Wright who runs the 51 yards that separate him from the endzone to restore the advantage to his team.

Led by three points, with 1 minute and 49 seconds on the clock, Zach Wilson struggles, little helped by his offensive line, concedes two sacks, but miraculously manages to give Greg Zuerlein a chance. Unfortunately for the locals, the field goal attempt from 58 yards is clearly missing.

A sixth victory in seven games that leaves Detroit in the running for the play-offs. If the division is lost since last night, the Lions will fight to the end with the Giants, Seahawks and Commanders. For the Jets, this third consecutive defeat could be fatal with an unclear end to the season.