In Hollywood, the daughters and sons of stars, the “nepo babies” as they are nicknamed there, are regularly the target of ridicule. But the criticisms have been amplified this December, since New York Magazine and Vulture published a “guide to the Nepo-verse”, with the provocative headline “She Has Her Mother’s Eyes” on the cover. And his agent.

Targets of many criticisms for what is considered by some as a lack of legitimacy in the world of showbusiness, the children of stars who have themselves become famous personalities are currently at the heart of a controversy that continues to swell.

In recent months, these young celebrities who have embraced a career similar to that of their parents have indeed made headlines across the Atlantic. Nicknamed the “nepo babies”, or “children of nepotism”, they spark heated debates about their privileges and other “privileges”. “She has her mother’s eyes. She also has her agent,” quipped New York Magazine on the front page of its December edition, going so far as to offer “a (very) in-depth analysis” of the phenomenon (which, let’s remember, is not new since Laura Dern, George Clooney, Gwyneth Paltrow, Owen Wilson Ben Stiller and many more all already had famous parents).

And the New York Times cites some of the young stars of the moment, in particular actress Maude Apatow, daughter of actors Judd Apatow and Leslie Mann, actress Maya Hawke, who is in the cast of the series “Stranger Things” and whose parents are none other than Ethan Hawke and Uma Thurman, Billie Lourd, daughter of the late Carrie Fisher and granddaughter of the iconic Debbie Reynolds, or Zoë Kravitz, daughter of singer Lenny Kravitz and actress and director Lisa Bonet.

Wait I just found out that the actress that plays Lexie is a nepotism baby omg her mom is Leslie Mann and her dad is a movie director lol pic.twitter.com/s3Mh5QERgC

Think we all should agree on this one https://t.co/W8kNG6TmK6 pic.twitter.com/R1ZBloVR6r

In November, Franco-American actress and model Lily-Rose Depp, daughter of Johnny Depp and Vanessa Paradis, criticized the use of the word “nepotism” in an interview with Elle. “Nothing will give you a role except the fact that you are good for this role”, declared the young woman before embarking on a comparison: “If a child of doctors also becomes a doctor, you are not going to say to yourself: ‘Oh, he’s a doctor because his parents are’”.

Lottie Moss, sister of 1990s star model Kate Moss, recently deleted her Twitter account after receiving a round of criticism for her defense of ‘nepo babies’. “I’m so sick of people blaming nepotism for being the reason they’re not rich and famous or successful – obviously it’s not fair that people who come from famous families have a a head start because of that, but guess what? Life isn’t fair – focus on something you can do”.

Another personality to have reacted to the controversy, Lily Allen, British actress but well known in Hollywood (and who knows the subject well since she is herself the daughter of the Welsh actor Keith Allen and the English producer Alison Owen) also defended the “sons and daughters of”. “The nepo babies you should all be worried about are those who work for law firms, those who work for banks and those who work in politics, if we’re talking about real-world consequences and denying people opportunities. BUT none of my business,” the singer wrote on Twitter.

“In childhood, we yearn for stability and love, for education, we don’t yet care about money or proximity to power. Many nepo babies are deprived of these basic things in childhood because their parents are probably narcissistic,” she added. “And the entertainment business is not suitable for parents, for example. The tours, the shootings last for months. It can be hard to see your own privilege when you’re still dealing with childhood trauma, and a lot of those kids haven’t figured that out yet,” the “Fuck You” singer said.

And before you come at me for being a nepo baby myself, I will be the first to tell you that I literally deserve nothing. https://t.co/tnrz8v8OsF

For Lily Collins, daughter of singer Phil Collins and star of “Emily in Paris”, her name has, she says, opened no doors for her. The actress explained that she had chosen a career in front of the camera precisely so as not to follow in her father’s footsteps: “I love to sing. But as I wanted to do things my way, far from the paternal genius, I preferred to be an actress.

Some celebrities, however, do not hesitate to recognize a privilege due to their name, like Jamie Lee Curtis (daughter of Janet Leigh, star of Psychosis by Alfred Hitchcock and Tony Curtis) who, in an interview given to the New Yorker in 2019, had conceded having benefited from a boost to integrate the saga “Halloween”: “It was played between me and another actress, she explained. If you have to choose between two people, choose the one whose mother played in Psycho (…). I clearly had a boost,” she admitted. 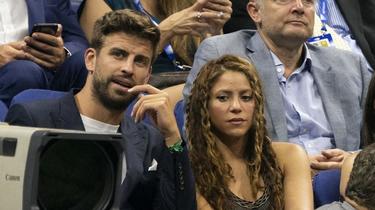 It should be noted that the phenomenon does not only affect Hollywood. In France, Lou Doillon, Charlotte Gainsbourg or Léa Seydoux have become superstars and sometimes make people cringe. In 2016, the latter, who is none other than the granddaughter of the president of the film production company Pathé, but also the grand-niece of the president of the supervisory board of Gaumont, had also aroused a lot of comments by declaring in an interview for Madame Figaro to have “been at the school of life”.