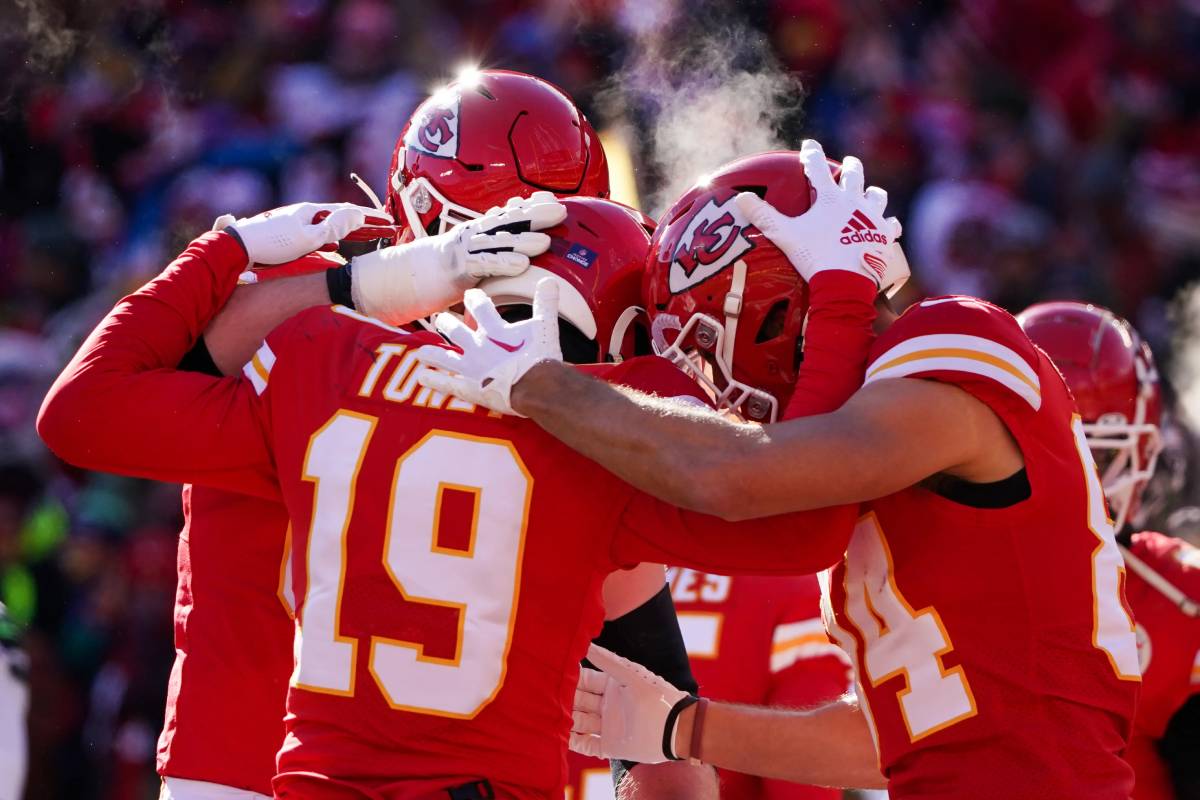 Kick-off in the night from Saturday to Sunday at 02:15

Like an NCAA tune! In this feline duel, the Panthers very literally walked on the Lions. 43 races for 320 yards in total, with an amazing average of 7.4 yards per ball carried.

D’Onta Foreman (21 races, 165 yards, 1 TD) and Chuba Hubbard (12 races, 125 yards) multiplied the races to widen the gap in the first half. Because Carolina leads 24-7 from the break after finding the end zone on three of its first five possessions.

After scoring a touchdown on their first offensive, Jared Goff (25/42, 355 yards, 3 TDs) and the Lions largely disappointed, with a fumble then four punts before returning to the end zone when all was already lost. Because if they scored a lot of points at the end of the game, the Detroit players never really worried Carolina.

Above all, Detroit missed a huge opportunity to assert its place in the race for the NFC playoffs.

They have been annoyed for a long time, Josh Allen (15/26, 172 yards, 2 Tds, 2 int) threw two interceptions, including an extremely nasty one, but the Bills got away with it. Logically as their workforce is superior, but with a welcome helping hand from the defense, which completely extinguished Chicago after the break.

Because it was the Bears who were leading 10-6 at halftime. But it was on the ground that Buffalo reacted. Devin Singletary (12 races, 106 yards, 1 TD) and James Cook (11 races, 99 yards, 1 TD) found the end zone to put their team back in front (10-21). And when Chicago scored on foot to get closer (13-21), it was Josh Allen who ended up giving the knockout blow to the ground just under 4 minutes from the end (13-28). And for good measure, he even sent Dawson Knox into the end zone at the end of the match to inflate the bill.

Justin Fields (15/23, 119 yards, 1 TD) and his teammates had taken the game by the right end, scoring from the start on a pass captured by Dante Pettis. But Buffalo’s defense quickly returned the cover to limit them to two field goals for the rest of the game and 209 yards in total.

The defense and the ground game will therefore have carried Buffalo. Meanwhile, Allen is still looking for consistency.

A first defensive victory for Kansas City? In any case, the defensive squad held on throughout the match, while the attack was less dominant than usual. It was not until there were just under 5 minutes left that Patrick Mahomes (16/38, 224 yards, 2 Tds) threw himself into the end zone for the 24-3 touchdown, synonymous with guaranteed victory. . And if the quarterback found himself in the position to conclude, it is also because his defense had intercepted Geno Smith a few moments earlier to give the ball back to the red attack with only twenty yards to go. Seattle scored well again after Mahomes, but it was too late.

Proof that the match was not as fluid as usual for them, the Chiefs punted six times in eleven possession. Kadarius Toney opened the scoring in the first quarter, before Jerick McKinnon (3 rec, 31 yards, 1 TD) doubled the lead in the second. The score is 17-0 at the break for the reds. Because Seattle gets there even less. Under pressure, jostled, and even shaken to the point of leaving the field for a few moments, Geno Smith (25/40, 215 yards, 1 TD, 1 int) did not take advantage of Kenneth Walker’s solid match (26 races, 107 yards ).

The Seahawks only scored their first points on a field goal at halftime. Not enough to create the slightest momentum, since they came back from the locker room to fail again and again, before being finished off by Mahomes’ race.

No, the Chiefs are not just a big offense. They can also win by gaining just 297 yards on offense. And that’s very worrying for the rest of the league.

Deshaun Watson (15/31, 135 yards, 1 int) had the ball to get the equalizer. But he couldn’t find a solution and was sacked on the fourth attempt with 19 seconds remaining. A rather logical end as Cleveland’s attack did not show much. New Orleans did little more, but it was enough.

Surely not helped by the polar cold of Ohio, the two teams started with a series of five cumulative punts, then an interception from Andy Dalton (8/15, 92 yards, 1 TD). A lost ball that gave a good position to the Browns, who opened the scoring at the start of the second quarter on a run from Watson in the end zone. With a field goal on the following series, then one of the Saints, it’s 10-3 at the break.

But when they return from the locker room, Andy Dalton and his teammates finally find the fault. Taysom Hill scored on the ground. The defense takes over by intercepting Watson in his part of the field. Alvin Kamara (20 races, 76 yards, 1 TD) then only has a few yards to go to score and put his team in front (17-10). The second half of the Browns can only be summed up in failures in attack, despite an Amari Cooper (6 rec, 72 yards) who did what he could and an honorable ground game led by Nick Chubb (24 runs, 92 yards).

The Browns are mathematically out of the running for the playoffs. New Orleans has hope.