The San Diego Comic Con panel has revealed a first trailer for the Teen Wolf movie.

After two years of virtual convention, San Diego Comic Con returned in person this Thursday, July 21 in California. One of the first panels was that of Teen Wolf who is back in force with a film. A first teaser has been unveiled giving a little more context on what is happening in Beacon Hills.

So far, via a synopsis, it was known that in the film “a full moon rises in Beacon Hills, and with it a terrifying evil has emerged. The wolves howl again, calling for the return of Banshees, Werecoyotes, Hellhounds, Kitsunes, and all other shapeshifters into the night. But only a werewolf like Scott McCall (Tyler Posey), no longer a teenager but still an Alpha, can muster both new allies and trusted friends to fight against what might be the enemy. the most powerful and lethal they have ever faced. » 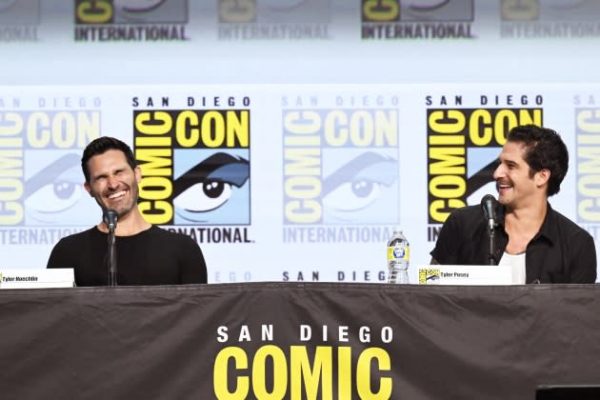 During the panel, creator Jeff Davis discussed said: “I told Paramount+ I couldn’t do a seventh season, but I could do a movie. » Then he adds: “I realized that we were writing a very long film, because we have 20 characters. I realized that I had written a short season 7,” Davis said.

Tyler Posey also gave an update on Scott and his whereabouts when found: “Beacon Hills made Scott a mess…Scott wanted to get away. He lives in Los Angeles, he wanted to get away from Beacon Hills. He’s a normal person. He works at the vet and he is alone. He’s an adult and he’s going through what we’re all going through… he’s facing the reality of being a real human. Instead of being a werewolf saving the world, he has to figure out how to save himself. We’ve never seen Scott like this, ever. »

The teaser introduces a few villains fans are familiar with: The Oni, who are the very creatures that killed Allison (Reed) in Season 3, and perhaps most importantly, the Nogitsune. The Season 3 villain narrates the teaser, which focuses on his desire for revenge.

Since the announcement of Crystal Reed’s return, fans have been wondering exactly how her character will fit into the story. And based on the final moments of the teaser — in which Scott tells Argent (Bourne) that she “is alive” — it’s safe to say she’ll be a big part of the action in the present.

Other things to note in the teaser: Mason (Rhambo) has become a police officer, Derek (Hoechlin) can be seen standing next to his son; and, unfortunately, Stiles is conspicuously absent, which we already knew since Dylan O’Brien previously said he wouldn’t be returning.

Finally, Davis promises “an emotional ending” but he also says that it may not be a definitive end: “There is a discussion to do more. »

For the moment, Paramount+ has not yet revealed a release date but the film should arrive later this year.