Following the great wave of information about NieR:Automata Ver1.1a last September, Aniplex released several promotional videos, information, and visuals of the anime over the past few months. Recently, we learned that the streaming of the anime will begin with its very first episode on January 7, 2023 in Japan. We already have confirmation that NieR:Automata Ver1.1a will be entitled to a streaming and simulcasting in multiple countries and regions, 160 to be precise. In France, you will have to go to Crunchyroll, the anime being already registered on the schedule of anime broadcast in winter 2023. In addition, the anime will be entitled to a VF. Regarding the first episode, it will normally be broadcast on streaming platforms (including Crunchyroll) in the original version with subtitles January 10. The next episodes will air every Saturday in Japan. At this time, we don’t know the total number of episodes. During a special broadcast this December 28, Aniplex released the ninth promotional video for the anime and announced that the opening credits will include a song performed by To liketitled escalate. The extended version will be included in the artist’s 21st single, available from 1st of March 2023. We also know that the end credits song, Antinomy (アンチノミー), is performed by amazarashi. The long version of Antinomy will be available on January 15, while the group’s next single will be released on February 22. 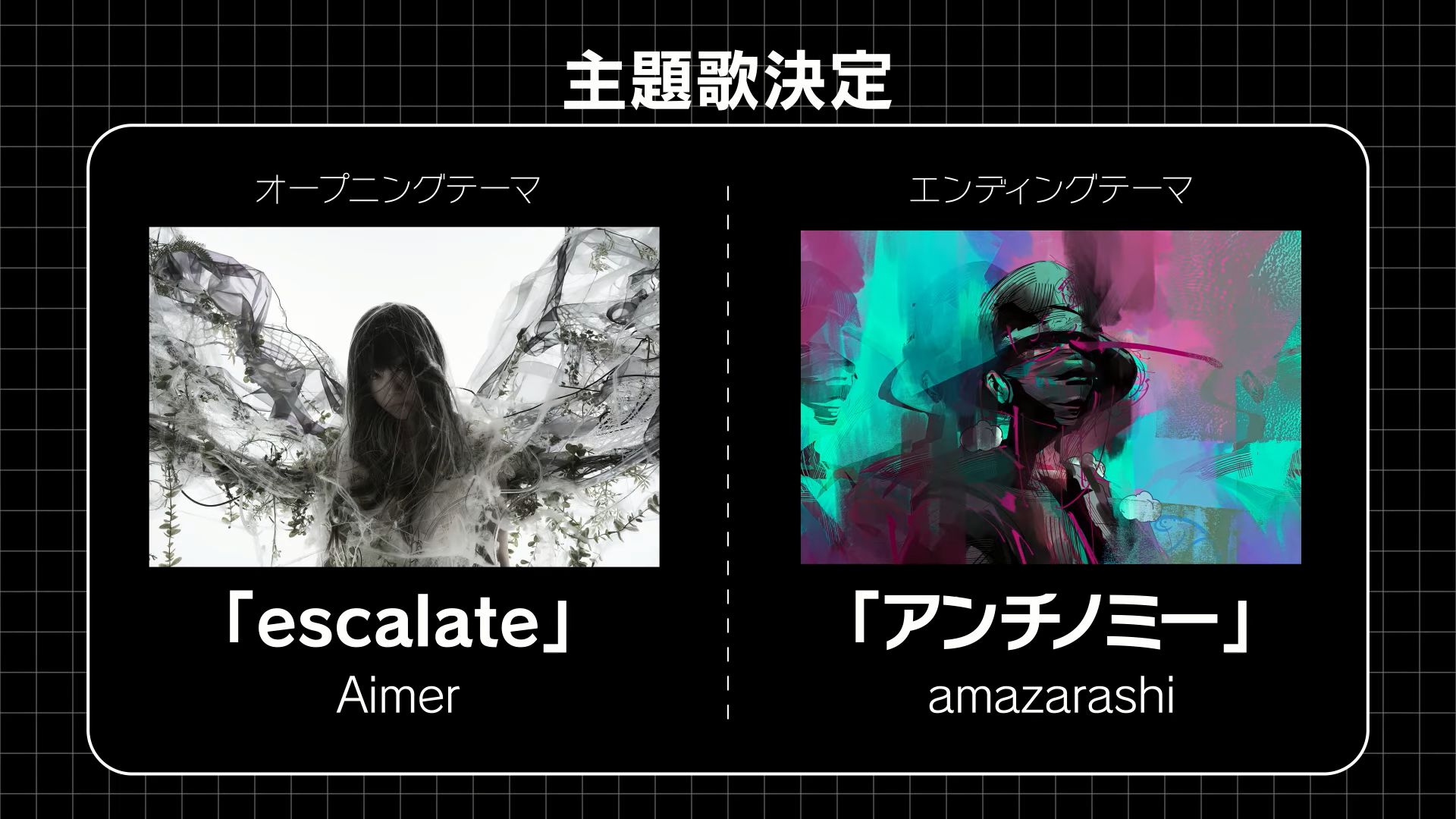 During the special broadcast, subtitled in English, Yui Ishikawa (seiyu from 2B), Natsuki Hanae (seiyu from 9S), Kaoru Akiyama (seiyu from Pod 153), Yosuke Saito (producer of the NieR series at Square Enix) and Shota Fujii (producer of the animation at A-1 Pictures) were present to discuss the anime at length. Unsurprisingly, it is above all the respect for the original work that has been put forward, with the fact that the anime will also go further than the game by including events that are not told there (such as the incorporation of Lily and the fact that the anime will explore the resistance in greater depth) and scenes that will be voiced for the first time, since as Ishikawa points out, the game does not include full voice acting. There’s also the difficulty of adapting a story from a fully 3D game into the form of an anime that was alluded to. To facilitate the task of A-1 Pictures, Square Enix decided to entrust the team with all of the images of the content that had been used to create the computer-generated images. This was very helpful for A-1 Pictures, and the show is also quite rewarding since it lets you know how the work is done for anime adaptations. For example, the robots in the game were completely redesigned for the anime. With the presence of Ishikawa, Hanae and Akiyama, the work on the voices was also mentioned. If some moments are easy to double, there is still the difficulty of several lines, especially since the work of seiyuu between video games and anime is different.


During the show, Aniplex made a point of showing large replicas of 2B’s iconic weapons, the Contract and the Treaty Virtuous. The attention to this kind of element echoes the way Aniplex communicated about the game. A lot of care has been given to it; with, in addition to multiple promotional videos, a browser game directly inspired by Pascal’s creations. Always accessible at this address, this game (created fictitiously by Pascal), is called Go! Life form machine and asks you to pilot a robot that must avoid obstacles. 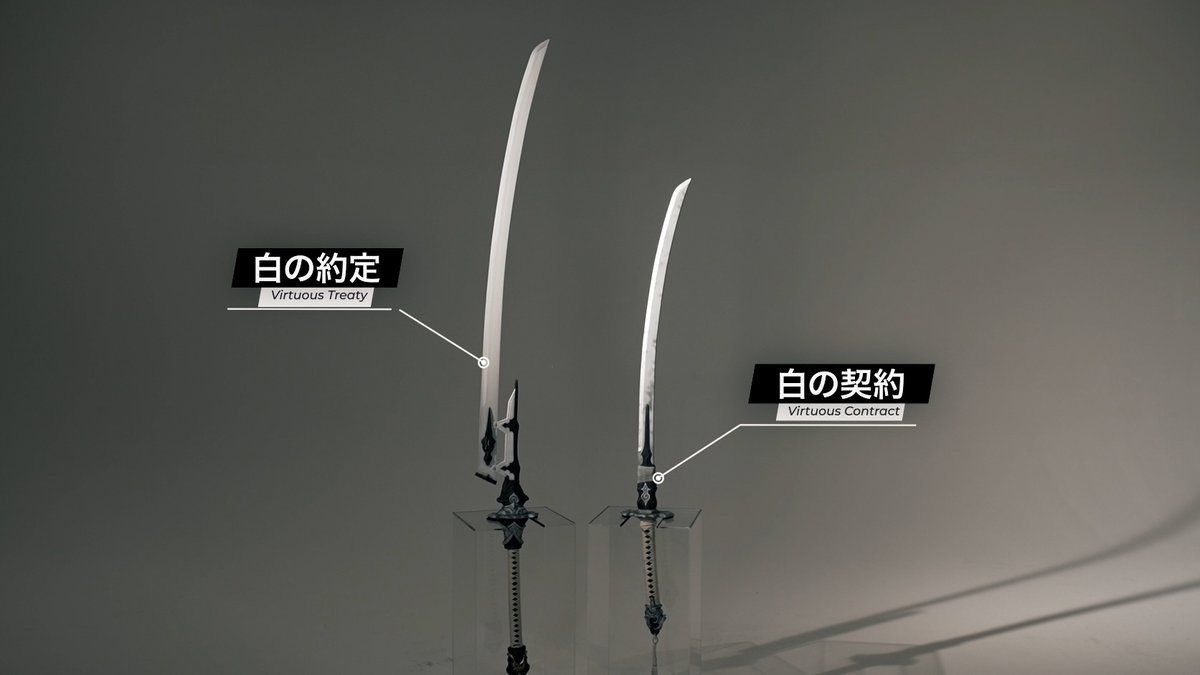 Announced during a special presentation dedicated to the fifth anniversary of the action RPG NieR:Automata developed by PlatinumGamesNieR:Automata Ver1.1a is not just a direct adaptation of the game. Indeed, Yoko Tarowho was therefore the director and screenwriter of NieR:Automata, explained that the story was created specifically for a video game originally, and that copying it as is would not constitute an interesting story by an anime. So the story of the anime will be different, although the basics remain the same. Citing fan concerns that creators may go through their creative process with complete disregard for the original work (on the issue of video game adaptations or anime for example), Taro asserted that in In the case of NieR:Automata Ver1.1a, these concerns are unfounded. Among the novelties of this anime will be the incorporation of Lily, a resistance android that originally appeared in the YoRHa plays. It will have its importance in the story, hence the fact that it is presented alongside the main characters known from the work, and is doubled by Atsumi Tanezaki. As a reminder, a version nintendo-switch of NieR:Automatasubtitled The End of YoRHa Edition, was released on October 6. You can read more about this Switch version and about the game in general in our articles which can be found at this address.


The director of the anime NieR:Automata Ver1.1a is Ryouji Masuyamawho also directed the anime Blend S and the animated short film Hello WeGo!. In his early days, he worked on the animation and direction of different episodes for Gainax anime, such as gurren Lagann (he was also a director for the OAV Parallel Works), Panty & Stocking with Garterbelt, Corpse Princess: Aka, Mahoromatic: I’m Home!, Black Cat, Ryoko Yakushiji’s collection of improbable facts, Sugar Sugar Rune or Hanamaru Kindergarten as well as on the movie Love for the Top! & Aim for the Top 2! The Gattai Movie!!. Although his involvement was less important than on Gainax anime, he also worked on anime kill la kill, Little Witch Academy and When Supernatural Battles Became Commonplace of Studio Trigger (he also worked on the storyboard of Promare). He also worked on the animation of two films of Studio Ghibli, The Tales from Earthsea and Arrietty, The Little World of Pilferers. Apart from his involvement with Gainax, Ghibli and Trigger, he can be found in various positions (animation director, key animator, episode director, storyboarder, etc.) of many anime and animated films such as Evangelion: 2.0 You Can (Not) Advance and Evangelion 3.0+1.0: Thrice Upon A Time, sawako, Great Pretender, Fractal, Black★Rock Shooter, Penguindrum, Dennou coil, The melody of heaven, Bitter Concrete, The IDOLM@STER, Heroman, Real Drive, mass Effect: Paragon Lost, Battle Spirits, Is the order a rabbit?, Kannagi: Crazy Shrine Maidens, Occult;Nine, Strike witches or DARLING in the FRANXX. 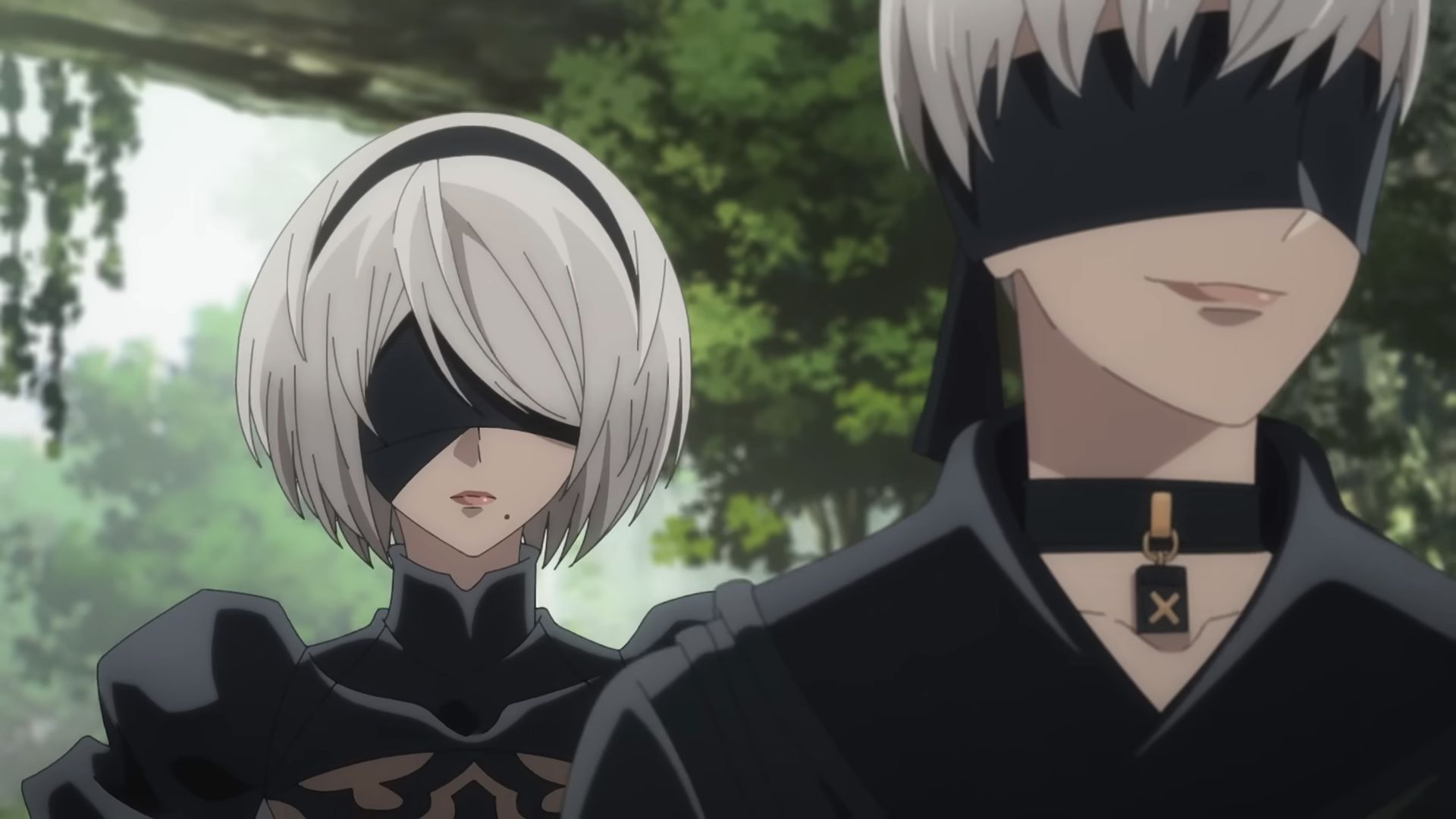 Masuyama is also in charge of the script structure, alongside Yoko Tarodirector and screenwriter of NieR:Automata. The character design based on the work ofAkihiko Yoshida, Yuya Nagai and Toshiyuki Itahanais adapted by June Nakaiwho can also be found as a character designer on many anime such as Lord El-Melloi II’s Case Files: Rail Zeppelin Grace notes, SPOILED, Memories Off, The Sacred Blacksmith, silver spoon and Tokyo Majin. Nakai has also worked on the animation for many of the anime listed here. He is also the Chief Animation Director for NieR:Automata Ver1.1. 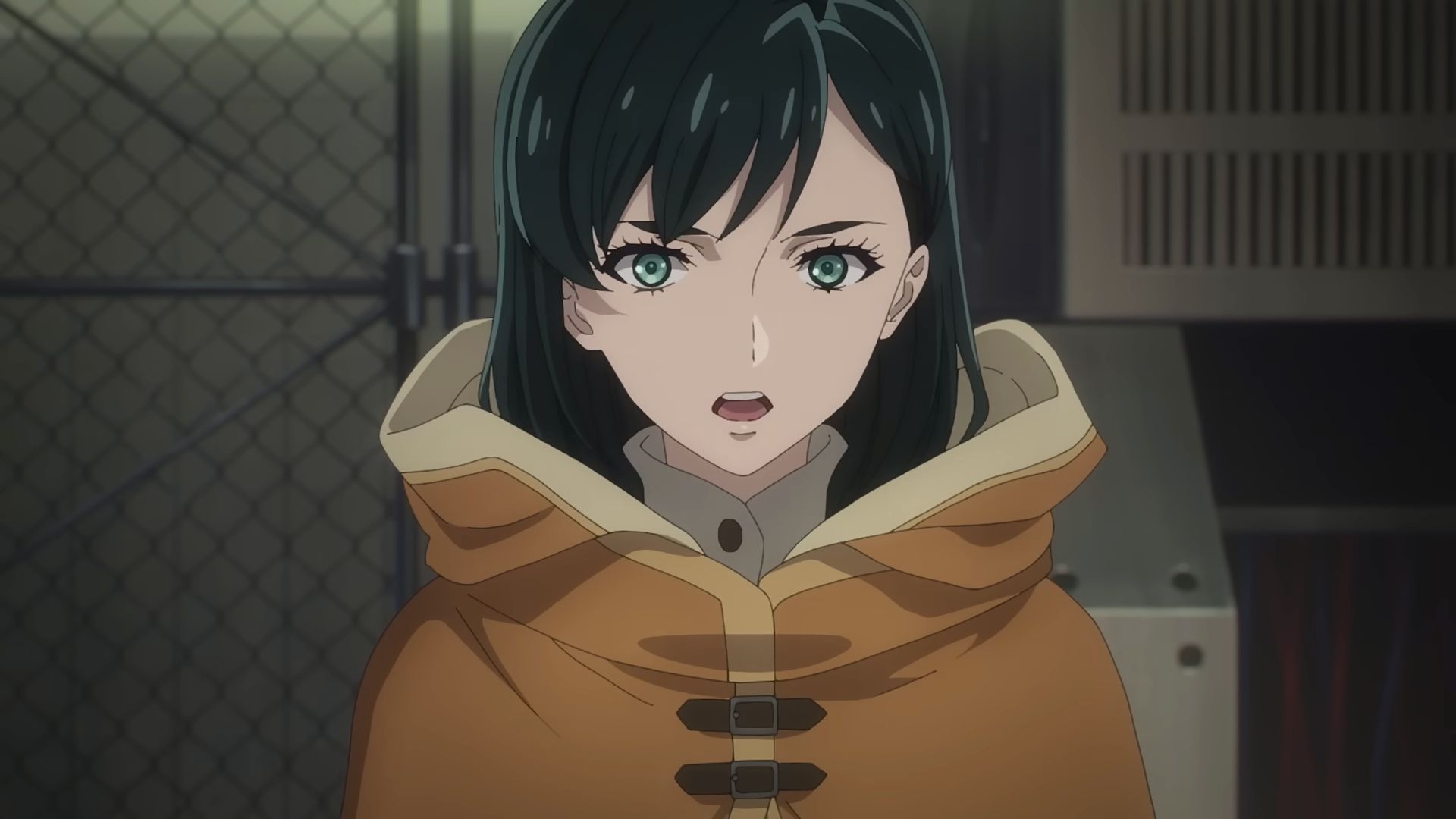 The music production company of Keiichi Okabe, MONACA, is back for the music. For the game, Okabe was accompanied by other composers and arrangers, namely Keigo Hoashi, Kuniyuki Takahashi and Kakeru Ishihama. Several pieces were performed by Emi Evans, I Fuck Nicole, Marina Kawano, Nami Nakagawa, Shotaro Seo of MONACA and the seiyuu May Kadowaki. There was also the NieR:Automata Choir. The game’s character seiyuu will reprise their roles for the anime. So we have confirmation that there will be a new time Yui Ishikawa (2B), Natsuki Hanae (9S), Hiroki Yasumoto (Pod 042) and Kaoru Akiyama (Pod 153). 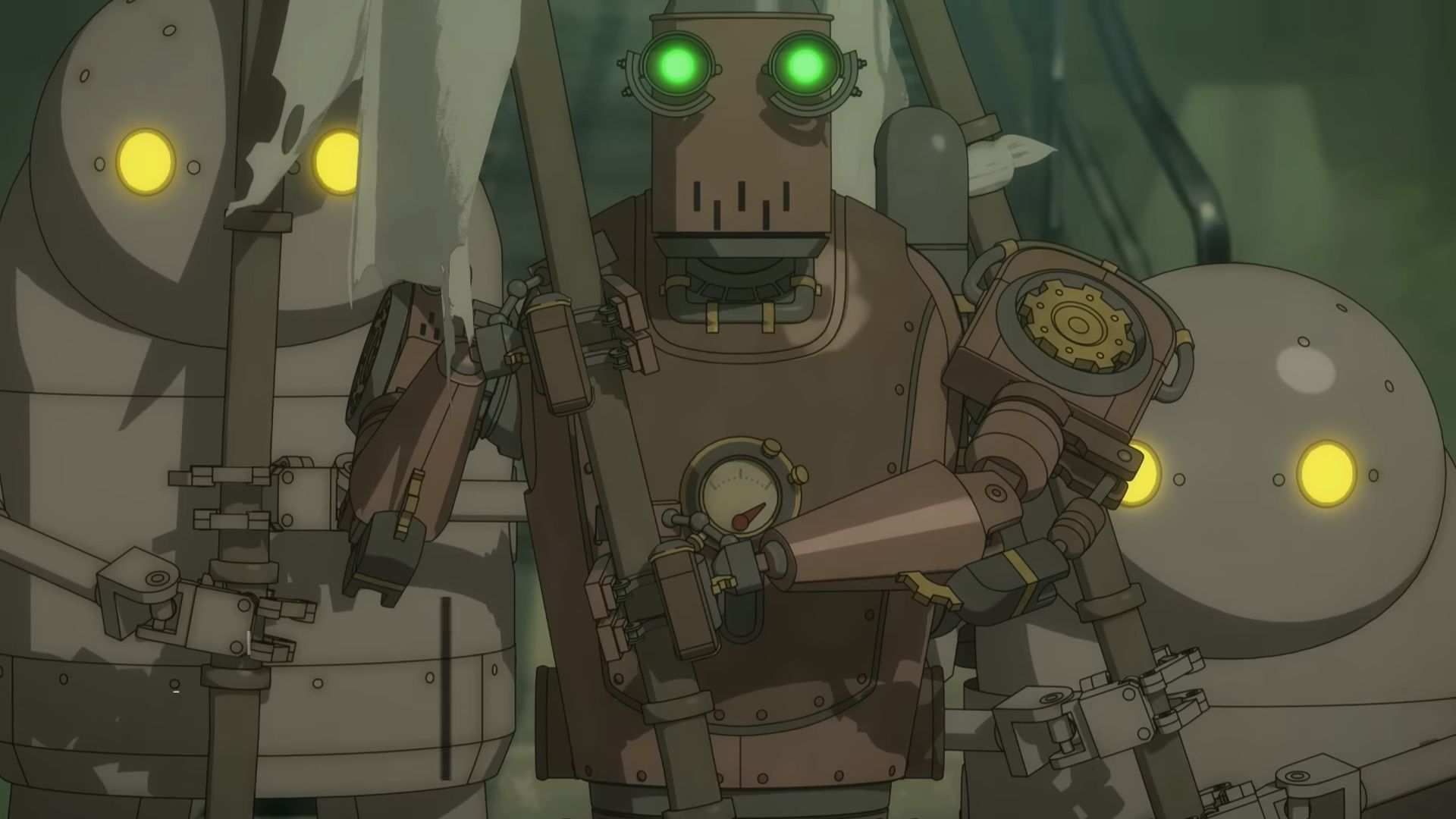 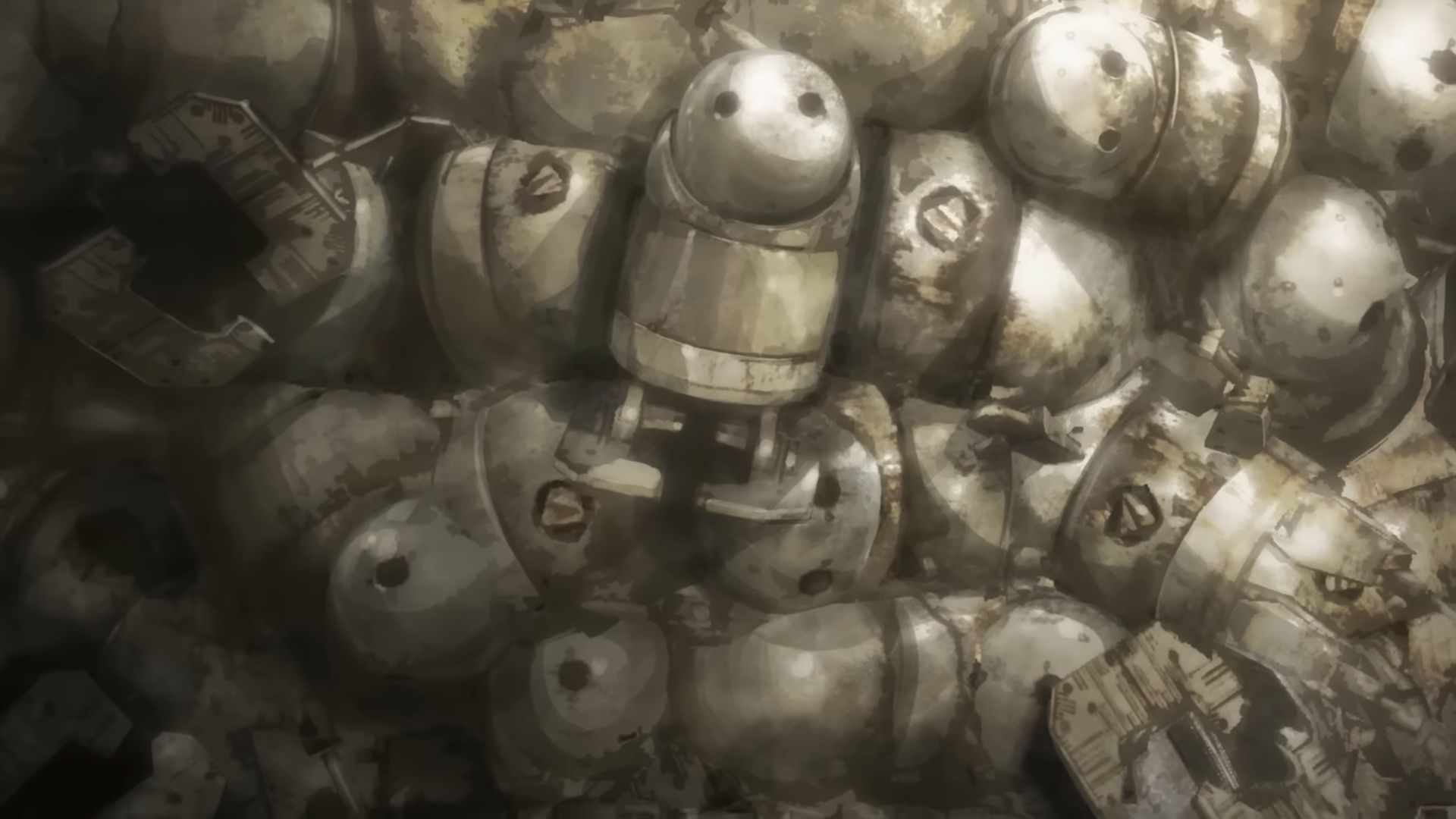 The main characters and the Japanese voices 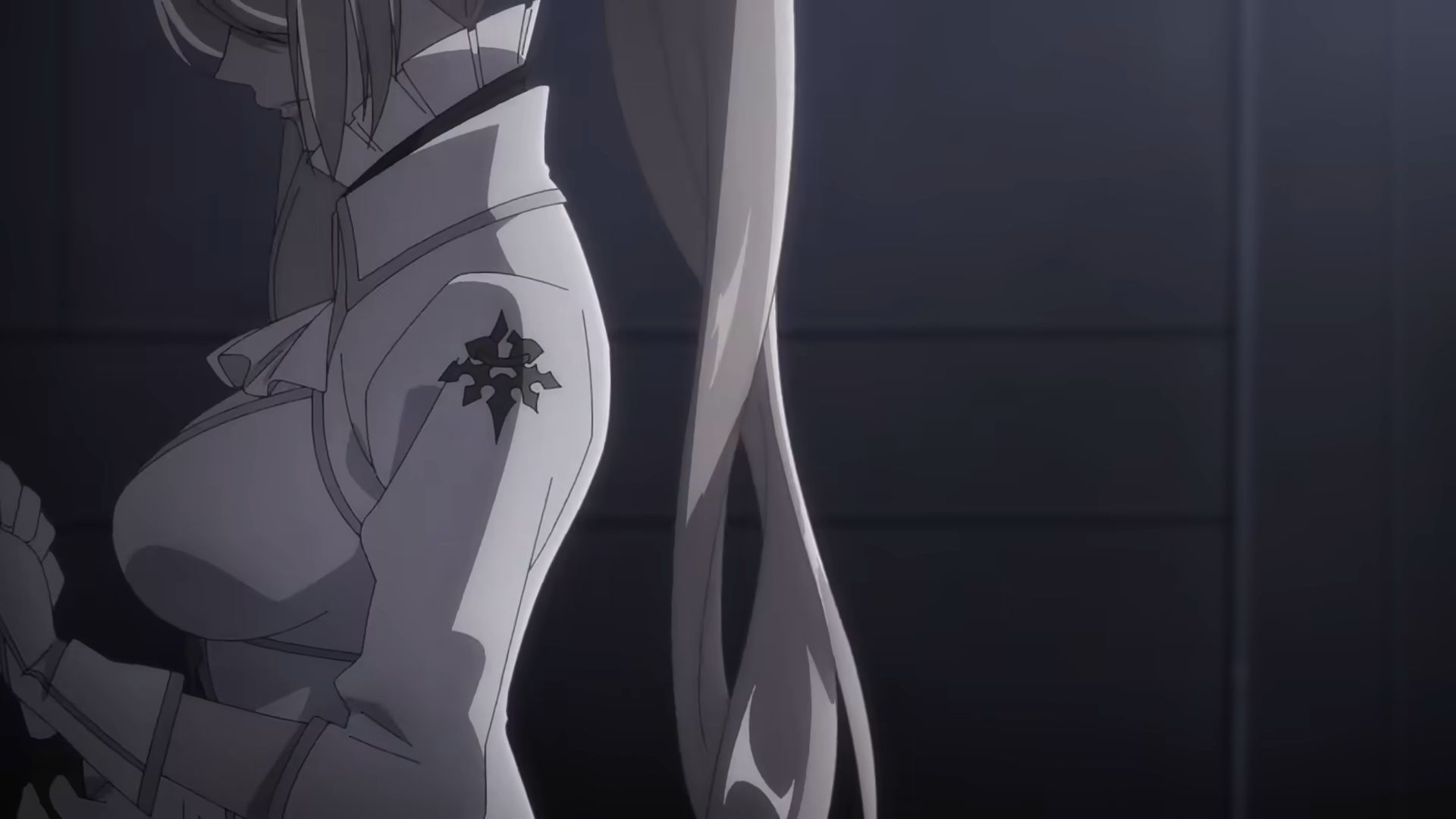 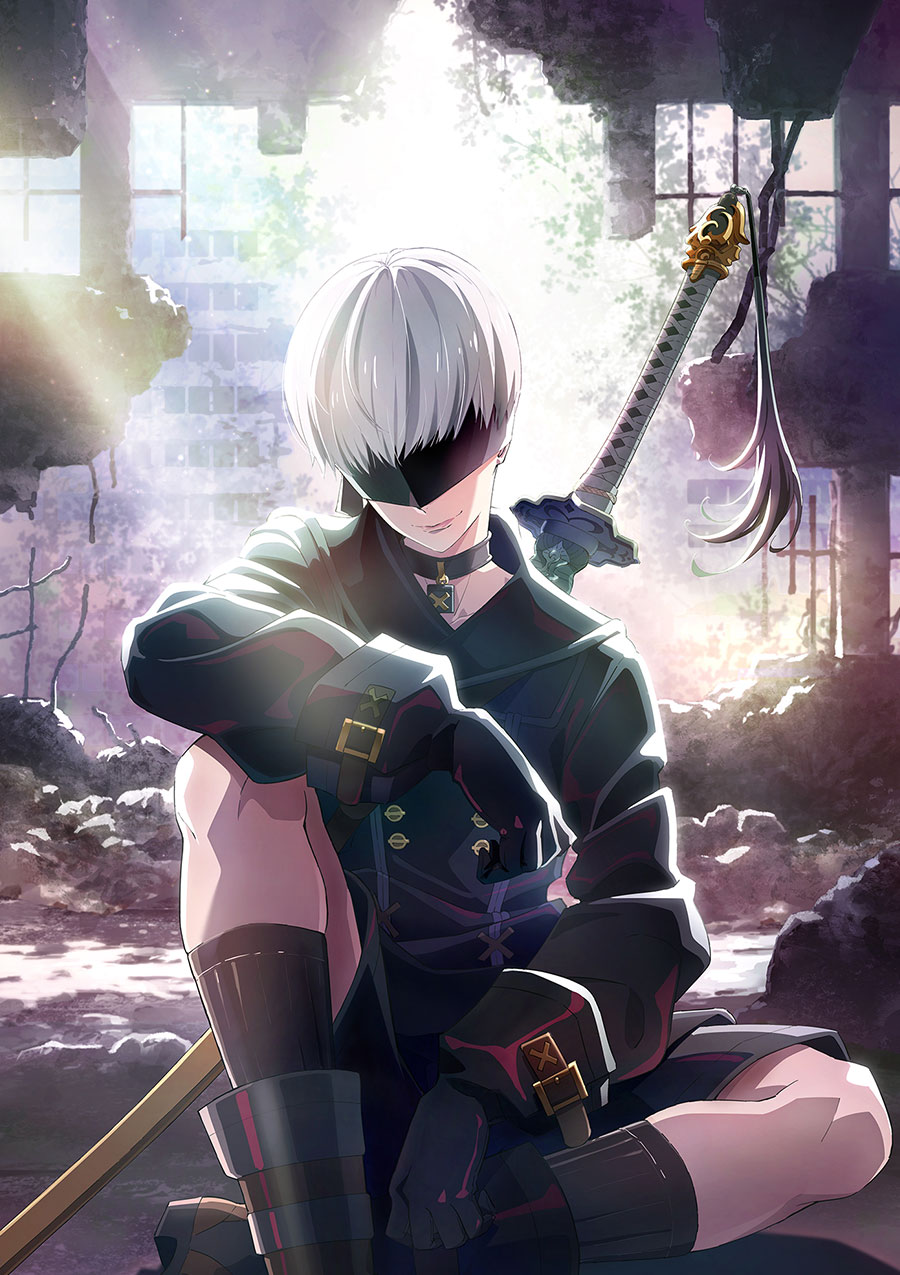 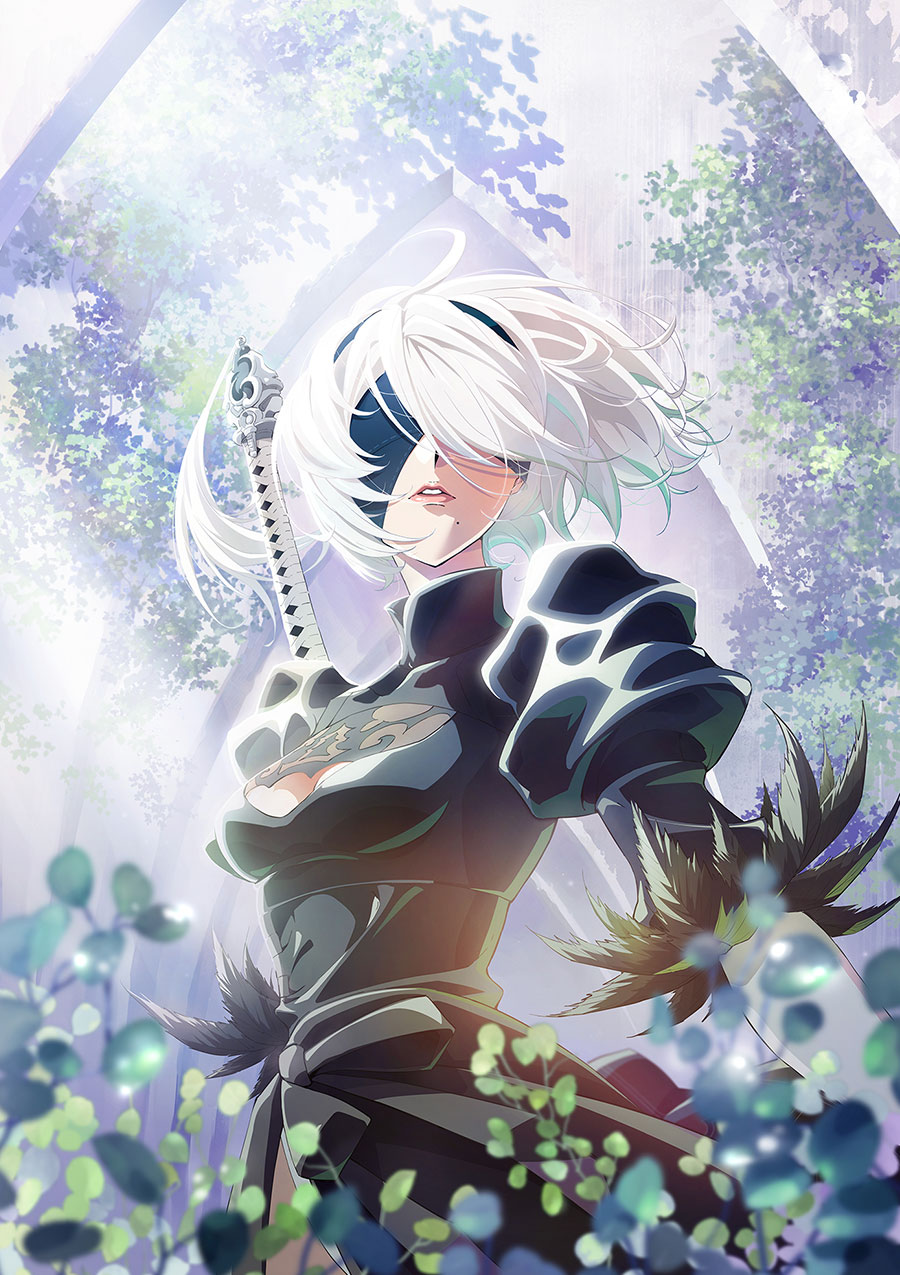