And if we talk again about the musical rock of age a.k.a Rock Foreverwith Tom Cruise as a superstar?

Small insert forgotten among the major characters of Cruisian mythology, symptom of an 80’s revival not always in the best taste and semi-unmentionable pleasure for Hard FM lovers, Rock Forever nevertheless delivers much more than its slightly opportunistic musical trappings might suggest.

When we talk about the name of superstar Tom Cruise today, it is rather simple to list the behemoths that punctuate his prolific career. Between the impressive list of filmmakers used to propel his ambitions and the few major works whose primary objective is to shape his legend, the actor-producer wins an atypical and almost unequaled place in the heart of the Hollywood industry.

Yet there are a number of more minor feature films that even the talent of the megalomaniacal performance artist couldn’t bring to the heights of popularity. Rock Forevera musical dedicated to the heyday of Hard FM, is to be classified in this category, somewhere between Barry Seal: American Traffic and Night and Day. 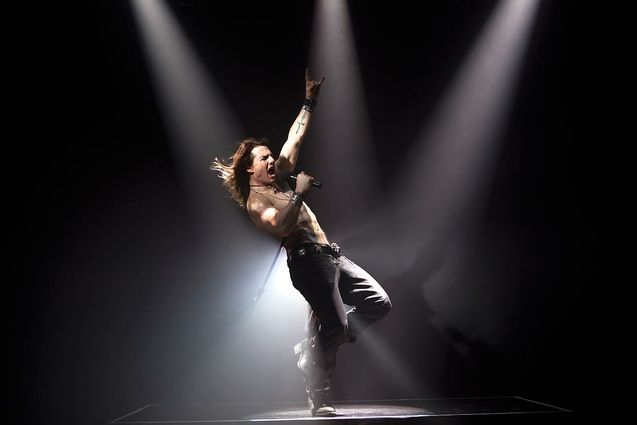 At the start of the 2010s, the idyllic and mercantile fantasy of a return to the pseudo-innocence of the 80s had yet to invade cinemas. the Super 8 by JJ Abrams is a lone shot, Netflix and Stranger Things haven’t yet taken over the small screen, and the MCU isn’t ready to trade its original aesthetic for opportunistic neon. However, while the nostalgic storm that will shake the seventh art is still in its infancy, the recording industry (and more particularly hard rock) is already living a turn, see a U-turn.

From the 2000s, groups like Steel Panther, Reckless Love or Crazy Lixx are indeed appearing, on the American continent as well as in Europe. Avid fans of the radio rock of the great era, these musicians bring to life, both through their music and their sometimes improbable stage outfits, the legacy of the sacred monsters Bon Jovi, Def Leppard or even Motley Crue. Between the involuntary pastiche and the sincere homage, the border is sometimes tenuous.

Still, this revival current is taking on a certain importance in the metal sphere, and success is there. On July 27, 2005, the musical Rock of Ages gives its first performance at the King King club on Hollywood Boulevard. The two-act show imagined by Chris D’Arienzo narrates the destiny of the employees and users of the Hollywood bar the Bourbon Room, on an original soundtrack featuring the iconic titles of Poison, Europe or Pat Benatar.