Nostalgia has its reasons. Most of the time, it summons memory, or at least a conception of the past that may have been fleshed out with geographical or emotional distance. Mario Martone’s new film couldn’t have had a better title than this, except that the fantasy is embodied by an entire city, Naples, rather than the main character, Felice, Lasco, returned to his origins after forty years abroad. He first goes to visit his mother, who has moved a few floors, and the week he was supposed to spend in the capital of Campania turns into weeks, then months, away from the family he trained in her new life in Cairo. What makes him stay is not only the guilt of having been away from his roots for so long or the closeness to his sick mother (Aurora Quattrocchi), but – we discover this at the same time as him – the possibility of a rewriting of his past, putting together the pieces of a once hasty departure. His childhood friend Oreste Spasiano, with whom he cut ties, became a violent leader of the Camorra (Tommaso Ragno), feared by all except Father Luigi Rega (Francesco Di Leva), helping young Neapolitans to find a path disconnected from crime. Despite the threats hanging over him, Felice feels that his place is in Naples, and that he must settle things with his past. 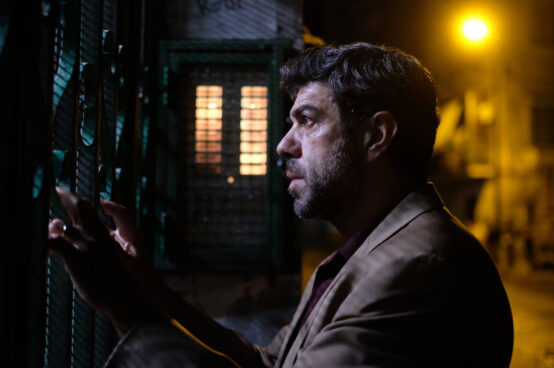 The film, presented in competition at the Cannes Film Festival in 2022, draws the portrait of Felice through a wandering in this city-ogress. The character clings to his memories to reconstitute his landmarks and rebuild his identity. Did what he seeks really exist? Aren’t the images that cross his mind the fruit of his imagination? He resumed the course of his life in Naples where he had left it forty years earlier. A chasm widens between the fear that others feel in the streets dominated by the mafia, and the youthful carelessness of this fifty-year-old who continues to explore the city with the eyes of a now expatriate teenager. Pierfrancesco Favino changes sides, after The Traitor by Marco Bellocchio (where he played a member of Casa Nostra): his Felice is a citizen like any other, a stranger in his hometown. The actor has the posture of the discoverer, of the researcher even, while feeling that his place is there, and that it should have been so a long time ago. His movements betray his discomfort, his gaze underlines the double vision present and past. Another live performance for the Roman actor! Felice reappropriates the art of living of her country, in a city marked by the mixing of cultures. His accent and his dance moves show that he is no longer a local, but the people who welcome him give him a chance. This is where the political dimension of Nostalgia unfolds. Mario Martone takes stock of the management of Italy today with regard to its exceptional heritage legacy (with the evocation of the San Gennaro Catacombs and the city of Naples as a juxtaposition of architectural inspirations), through the eyes of Felice, the one who left and tries to understandin comparison to those who stayed and wrote their own Neapolitan myth. 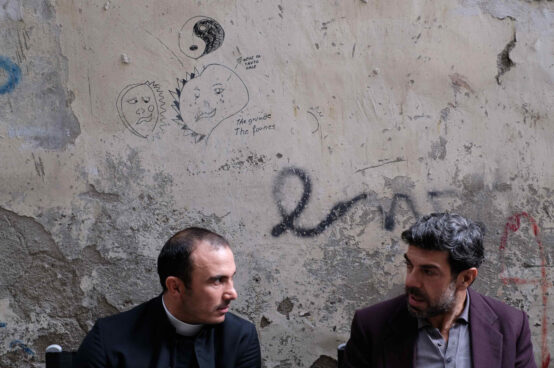 Martone doesn’t make a mafia movie or a memory loss movie. On the contrary, he places the cursor on his character, like a mirror of the changes in the city. Naples is filmed in its materials, in the color of its walls, in its warmth of life, in its resourcefulness and in its mutual aid. Felice realizes that it is by replicating his old practices that he will be able to get rid of them and become a new man. However, the city is always one step ahead of him, whether through the clues left by Orestes or by the swarming sound and visual creature that is Naples, as depicted by the director. Martone’s cinema uses a tragic twilight classicism to deliver philosophical and optimistic content about human nature. It illustrates the aspiration of a man (in both senses of the term, by the city and for himself) with the people around him. Therapeutic, initiatory and mysterious, Nostalgia gathers and questions, without ever claiming ready-made answers.

© All rights reserved. Culturopoing.com is an entirely voluntary site (Association of law 1901) and respects the copyrights, in the respect of the work of the artists whom we seek to develop. The photos visible on the site are for illustrative purposes only, not for the purpose of commercial exploitation and are not the property of Culturopoing. However, if a photograph had nevertheless escaped our control, it will be removed immediately. We count on the kindness and vigilance of each reader – anonymous, distributor, press officer, artist, photographer.
Please contact Bruno Piszczorowicz (lebornu@hotmail.com) or Olivier Rossignot (culturopoingcinema@gmail.com).