The Last of Us still did not have a release in France, the problem is now solved since Amazon has revealed that the series will be present on its catalog.

The Last of Us is certainly one of the most anticipated event series. The serial adaptation of Naughty Dog’s acclaimed 2013 debut game has been thrilling crowds since its announcement and early positive feedback on the series The Last of Us inspired even more.

The frustration that HBO’s latest baby still had no French releases was only greater. The main reason for this misunderstanding was partly explained by the non-renewed contract between OCS (the former distributor of the catalog in France) and the American channel. And if we thought for a while that we should be patient, Amazon has finally announced that it will stream the episodes.

When you are lost in darkness, seek the light. The Last of Us will be on Prime Video on January 16, exclusively and at no additional cost. pic.twitter.com/aLSgA8jdJJ

The information was shared on Twitter and the broadcaster gave the release date and the conditions under which viewers will discover the story of Joel and Ellie. Fans will therefore be reassured, they will be able to take advantage of the proposal at no additional cost from January 16, 2023. Each episode will therefore be available the day after its broadcast in the United States on Prime Video France and will also be visible in VF and VOST.

But Amazon made another announcement as another piece of news was added to the first. Indeed, Warner Bros Discovery and the platform have launched a Warner Pass which will be paid for and will include the entire HBO catalog (the one that left OCS land on January 1) as well as a bouquet of 12 channels from March 2023. Among them, we will find Warner TV, Eurosport, Discovery Channel, Cartoon Network, TCM Cinema, Adult Swim, Boomerang or CNN. The price has not yet been revealed, but it is a more than attractive offer which will relaunch Amazon a little more in the field of streaming in France. 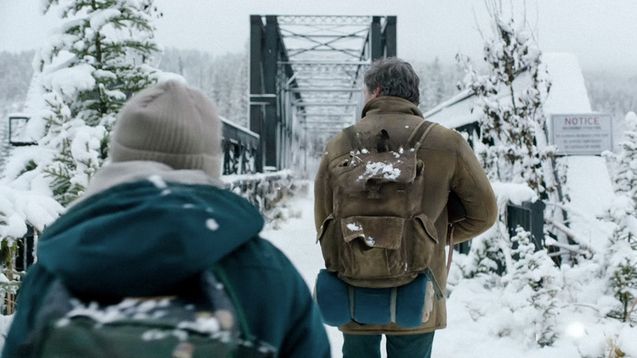 On the way to Amazon

As a reminder, The Last of Us takes place in a world ravaged by a pandemicwhere humans have mostly been turned into zombies. Joel, played by Pedro Pascal, is hired to escort the teenager Ellie (Bella Ramsey) to the laboratory of the Fireflies, an organization of survivors of the epidemic. Joel, who has lost his daughter, sees a second chance to be a father.

Amazon has therefore concluded another big blow. With the addition of this offer, even HBO Max quickly landing in France is moving further and further away (to the point of never treading the territory?). In any case, for the time being, the next production by Craig Mazin, screenwriter behind Chernobyl and director of Superhero Movie (a hell of a big difference) will therefore be clearly visible in France, and this, on time.